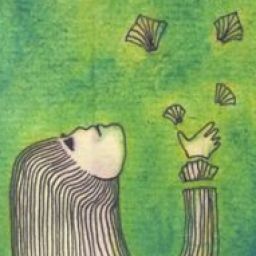 Can anyone clarify whether there is a rule for usage of the words 'vague' and 'onde' (both meaning 'wave'). I was under the impression 'vague' was for waves on the sea, and 'onde' was in the scientific sense, however i just noticed that you can say 'vague de chaleur' (heatwave).. so now i'm not sure whether my rule is right.. can anyone clarify?! Perhaps they are interchangeable.. thanks!

Hi SisterLuna, you have it right. *Onde* is used in a "scientific" sense, but I'd also refine this further and say that it's used in a mathematic or calculational sense/application. *Vague* is used for day to day "representations" of a wave-like behavior, i.e. things that have a notional (inexact), cyclical or periodic rhythm (ocean waves, waves of crowds exiting a station with the arrival of trains, etc.). It may help you to think of *onde* as used for discrete wave forms/phenomena that can be represented by a mathematical equation (like sine wave=l'onde sinusoïdale or wavelength=longueur d'ondes) instead of "figurative" waves. A heat wave is an ecologic/climatic phenomenon, but it is not a mathematic one. [i.e. the phenomenon can't be represented as a graphical equation where you can determine a certain value (say, temperature) based on its position on the curve].

Hi torusan, You're a star! thanks so much, i understand now. Your tip about understanding 'onde' as being represented by a mathematical equation is extremely useful. Thanks again!

No problem! One of the courses I teach is "Optics and Waves", so I've grilled my tutors aplenty on these kinds of science-related terms and jargon. :)