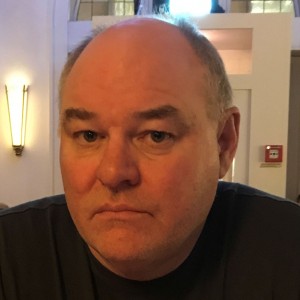 There are 3 or 4 instances where I've come across a line using Ya. “Can I take your photo?” “Ya, esta bien.”

I took that to be a slangy type response like in English where you say “sure” or “OK” or “Yeah”. But then I find out that ya actually means already. Is that what is being used in the above example? It still sounds idiomatic but is that the translation?

While we're at it, what is the common translation for OK? I've seen listo, does Spanish use OK?

Thanks for your question! I'll divide my answer up into two sections to help keep things clear.

Ya can actually be translated into English in quite a few ways, depending on how its used, and this can make it confusing for learners!

One of its most common meanings, and the translation that is usually used when it's being taught, is indeed “already” (e.g. Ya he visto la película “(I) have already seen the movie”). That's the best and easiest way to think of it when you're learning Spanish! However, as you learn more and more Spanish, it's good to keep in mind that ya can also mean “now” (e.g. Ya lo entiendo “Now (I) get it / Now (I) understand”) or “soon / later” (e.g. Ya verás “(You) will see / (You) will soon see”). There isn't a perfect one-to-one equivalent in English, but it can help to think of ya as essentially implying “by a certain point in time.”

All of that being said, ya also has some other, unrelated uses that are more colloquial. One of them is as “okay,” like in the sentence you've pointed out: Ya, está bien. In instances like these, it doesn't really mean “by a certain point in time”; instead, it's just being used in a different manner.

The word that people choose to use for “okay” can depend both on personal preference and on the region that they're from. You might hear any of these words from native speakers:

If you're unsure what is commonly used in a particular region, bueno and está bien are probably the safest way to go. Okey can also work; however, keep in mind that it is an anglicized word that isn't necessarily used everywhere.

I hope that this has been helpful! Let me know if you have any more questions!

Thanks for the help.