Do you wish you could pronounce Arabic like a native Egyptian Arabic speaker? Now you can! Rocket Languages has a fantastic way to make Arabic pronunciation easy.

You can record yourself with our example Arabic phrases and get instant voice recognition results to start improving your Arabic pronunciation right now.

Before we get familiar with how Arabic pronunciation works, let’s take a look at the differences between classical and colloquial Arabic.

All classical Arabic literature has been written in فصحى (fuṣḥa), most notably the Quran, the holy book of Islam. Being the language of the Quran, فصحى (fuṣḥa) has undergone almost no changes for centuries. However, it has been simplified slightly to produce a contemporary version known as Modern Standard Arabic (MSA). This is the Arabic used in formal situations like the news, broadcasts, religious speeches, etc.

You will find that amongst Arabs there is a varying ability to use فصحى (fuṣḥa). Those who were educated at Islamic schools or studied Arabic formally at school and/or university will be quite capable with this form of the language, while many others struggle to speak MSA fluently, let alone understand classical Arabic literature.

While based on فصحى (fuṣḥa), عامية (‘ammeyyah), on the other hand, has mutated and evolved like many other spoken languages. It has been influenced by the languages that existed before Arabic was introduced, and in many cases, by foreigners living in Arab countries over the centuries. It has thus adopted and adapted words according to modern conveniences. That is why Arabic spoken in different Arab countries varies slightly. Sometimes it’s just the accent, but in some cases it’s the use of different words. The Moroccan dialect demonstrates this quite intensely as a large part of their vocabulary is borrowed from either French or Spanish!

Most Arabs are comfortable with the variations between the different dialects and pronunciations but as an Arabic learner you might find it difficult at first. It's similar to an American speaking to a person from the UK or Australia - everyone pronounces words differently but they all understand each other! The good news is, the writing system stays the same across dialects. All dialects use the same Arabic letters but might read them differently. Each dialect will also have words or expressions specific to the region.

In our lessons, we will be learning Egyptian Arabic. Egypt is a very popular tourist destination and also the capital of Arab television and movie making. For this reason, Egyptian Arabic is widely understood throughout the Arab region, and the most widely spoken variety of Arabic. Did you know that most Arabic pop songs use the Egyptian dialect? Even if the singer is not Egyptian!

One point to keep in mind is that Egyptian Arabic is a spoken dialect, and not a written one. So you might find differences in how words are spelled vs how they sound. Don’t worry too much about this, just stick to how the word sounds!

There are some letters/sounds in Egyptian Arabic for which equivalent letters in English don’t exist. We use special characters and letter combinations to write these sounds in Roman letters. Here are some letters with their corresponding sounds. Practice the sound before you try to apply it in a word. 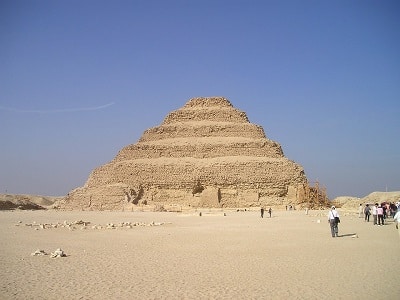 The following symbols are used for the long vowels:

Egyptian Arabic has many similar features to MSA. It also has been influenced by several other languages, including Coptic, Greek, Farsi, Turkish, French, Italian, and more recently English.

Rocket Record lets you perfect your Arabic pronunciation. Just listen to the native speaker audio and then use the microphone icon to record yourself. Once you’re done, you’ll get a score out of 100 on your pronunciation and can listen to your own audio playback. (Use a headset mic for best results.) Problems? Click here!

to save (something) digitally (origin: English)

The way the Egyptians pronounce words can be quite different from MSA. One of the most distinctive features of the dialect is the use of the sound “g” (as in ‘gate’) for the letter ج instead of the sound “j” (as in ‘jelly’). This is used in the Arabic of Cairo (the capital of Egypt) and Alexandria (the second largest city), but not in southern Egypt.

Another example is that a glottal stop as the ‘a’ sound in “apple” (the hamza in Arabic, written ء), is usually used instead of a ق (the qaf in Arabic, which is a ‘k’ pronounced further back in the mouth).

For example, the word قَلْب (Qalb) meaning ‘heart’ would be pronounced ألب (alb). It may still be pronounced as a true ق in some of the more special words, like the word for Cairo القاهِرَة (ilqāhira).

In many cases, but not always, the Egyptians use the heavy “th” sound of the letter ظ (pronounced with the full tongue pressed against the upper gum) instead of the letter ض (the heavy ‘d’ sound).

And many times, that is reversed! For example, the Egyptians say (ḍil) instead of (ẓil) for the word ظل, meaning shadow. 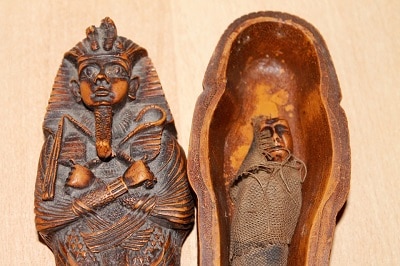 Egypt has the largest population in the Arab world, and has historically acted as the region’s cultural leader, producing popular music, movies and television. Known as the “Hollywood” of the Arabs, Egypt was the first Arab state to develop an Arabic-speaking local film industry, producing regional and global superstars. Egyptian films are still very popular throughout the Arab world.

It was 19th century Egypt where Arabic music was revived. Today, Lebanese, Algerian, and other Arab singers and musicians have a considerable presence in the music scene, but almost all of them promote in Egypt, sing in the Egyptian dialect, and get the approval of the masses there before being considered superstars.

The establishment of Al Azhar University in Egypt--the historical center of Muslim learning--adds to the Egyptian influence over the Islamic perception of the Arab world. In addition, Egypt had some of the first modern universities in the Arab World, and during the mid-1900s,offered free education for Egyptians as well as students from other Arab and Muslim countries. Egypt also sent teachers and staff to set up schools and universities in the rest of the Arab world, explaining why the Egyptian dialect is widely understood throughout the Arab world. Out of the 25+ dialects existing in the Arab World today, Egyptian is often chosen as the spoken dialect taught to students of Arabic as a foreign language.

There are plenty of reasons to learn Egyptian Arabic, so congratulations to you for taking on this challenge!