Russian pronunciation is easy once you know all the letters of the Russian alphabet. Then all you need to know is where the stress falls in a word and a few simple pronunciation rules. Let's jump right in! 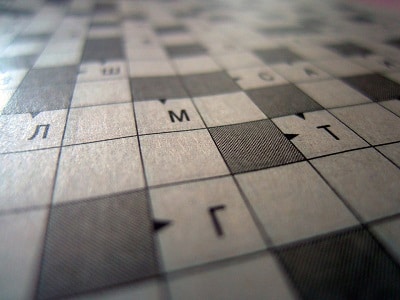 Breaking Down Words into Syllables

Before we familiarize ourselves with these Russian pronunciation rules, let’s have a look at some important reading techniques. When you want to read an unfamiliar Russian word for the first time, the first thing to consider is how you can break it down so that you can read one little part at a time.

As you probably know, words can be broken down into syllables (small pronouncable parts of a word with only one vowel sound, e.g. sy-lla-bles).

Let’s see some examples of how words in Russian can be broken down into syllables:

If a word has only one vowel it means that you can’t break it down; it only has one syllable. Here are some examples below:

Rocket Record lets you perfect your Russian pronunciation. Just listen to the native speaker audio and then use the microphone icon to record yourself. Once you’re done, you’ll get a score out of 100 on your pronunciation and can listen to your own audio playback. (Use a headset mic for best results.) Problems? Click here! 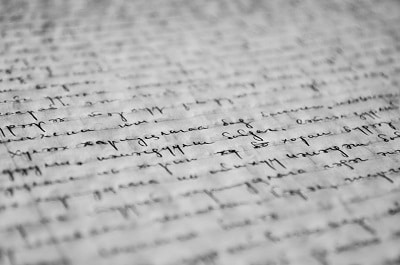 The Stress in Russian

Russian is known for its chaotic and irregular stress. It can fall on any syllable in a word as you may hear in the following examples.

Pronouncing Russian words with the correct stress is important for communication: getting the stress wrong will make your speech sound foreign and awkward. Sometimes in Russian the stress of a word can even shift depending on its role in the sentence so practice is essential.

There is no rule unfortunately that can help you to find where the stress falls in a word. For beginners, stressed vowels are often indicated with a stress mark; in authentic Russian texts, however, you won't see that, it is only for learning purposes! So whenever you encounter a new word and you are not sure how to pronounce it, it is always good to refer to a dictionary. Mostly though you will pick up stress automatically when communicating with native speakers. If you don't often get a chance to communicate with native speakers, make sure you work on getting stress placement correct with Rocket Record: practice makes perfect!

Stress and How It Changes Vowels

Let's have a look at some examples.

The word мама (mama) "Mom" has two 'a'-s, but if you listen carefully, you’ll notice that they are not pronounced exactly the same. This happens because the stress falls only on one of them, the first one in this case. So the second 'a' sounds shorter.

Reduction is even more noticeable in vowels that are further away from the stressed syllable. Take, for example, the word карандаш (karandash) "pencil". The third 'a' is stressed, the second 'a' is reduced somewhat, and the first 'a' after 'к' is so reduced that it sounds closer to a 'u' sound similar to how the 'a' in the middle of the word "readable" sounds.

Pronunciation Rules You Should Know

Here are three tips that will help you to blast forward through the process of learning how to read. We call these "Pronunciation Rules". When you learn these simple rules you’ll be able to read any new word you come across correctly!

This is one of the important pronunciation rules: the letter 'o' in an unstressed position tends to be pronounced as 'a'.

Have a look at these examples:

"спасибо" "thank you" is pronounced спа-си-бa (spaseeba) because the stress falls on the 'и' with the unstressed 'o' sounding like 'a'.

Compare it with the word хорошо "good". This word is pronounced as ха-ра-шо (kharasho) because the stress is on the last 'o'.

The next most important pronunciation rule is that the letter 'e' in an unstressed position is pronounced closer to 'и'.

You can see some examples of this below:

The last pronunciation rule is similar to the second: the letter 'я' also can be pronounced closer to 'и' when it is unstressed. The exception to this is when the word ends in 'я'. If you see 'я' at the end of a word it is always pronounced as 'я', regardless of whether it is stressed or not.

Have a look at the examples below and listen to how the words are pronounced carefully:

There are many words in Russian that came from different languages: French, German, Italian, and, of course, English. Some good examples of these loan words are, музыка (muzyka) "music", культура (kul'tura) "culture" or компьютер (kamp'uter) "computer". Many of these words, known as "international words", sound similar in different languages, especially if they belong to the same language family. Learning words of this kind will help it feel like the language is not that strange and unfamiliar after all and will also help you expand your vocabulary quickly.

The most popular loan words in use at the moment are ones related to modern technologies, such as, gadgets, social networks, and the internet in general. Some Russians don't like the fact that foreign words have become so widely used and argue that new, authentic, Russian words should be invented to replace them. Well, they probably don't realize just how many seemingly authentic Russian words which are in common usage now were actually borrowed from other languages hundreds years ago! Let's familiarize ourselves with some interesting examples.

In the past no one in Russia really knew what an апельсин (apil'sin) "orange" was. Even in Europe people had never even seen them until the 17th century, when merchants from the Netherlands brought them back from trading expeditions in the East and started selling this fruit to their neighbors. When people asked what this weird, new, colorful fruit was, the merchants answered: "Appel sien!", which literally means "Chinese apple". This word was borrowed wholesale by Russians who still use it to describe this most orange of fruits.

This might come as a surprise even for Russians themselves, but the Russian word for "money" is not homegrown, but rather has Turkish roots. Most likely the word came from Iran, where people used the word "tenge" to refer to silver coins. The word changed slightly during its use by Russians. First it had a singular form деньга (din'ga), but now it is used only in its plural form деньги (den'gi). It is a common word for coins, notes, as well as money held online or credit.

Originally this word came from the English "Vauxhall" which was the name of a manor house named after its owner. This place was famous for the different kinds of entertainment which were held there, such as dance nights, fireworks, or concerts.

The first railway in Russia connected the capital, Saint Petersburg, with the town of Pavlovsk. When this first line was opened in 1837, in order to attract people and encourage them to use this new type of transport, a big hall was built in Pavlovsk where different concerts and performances were held. This hall was named вокзал (vagzal) after the famous English manor house. Even after the hall at Pavlovsk fell into disuse and was knocked down, the train station kept the hall's name and other newly built train stations inherited it afterwards.