The word for wine in French is vin. Find out types of wines in French with this free lesson! Listen to the audio of French wine words and practice your pronunciation with our voice recognition tool.

After this lesson you’ll be talking about wine in French like an expert! Whether you’re looking for some local French wine to accompany your picnic in the countryside, or you’re planning some serious wine tasting in France, I’ve got you covered… You’ll learn everything from how to ask for a glass of red wine in French to finding your way around the wine regions in France. Enjoy! 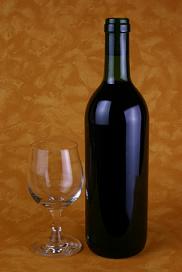 “La dégustation” has nothing to do with being disgusted or disgusting! “La dégustation des vins” is all about wine tasting. If names like Côtes du Rhône, Beaune, Chablis, and Alsace bring a fond smile to your face, then you're in the right place!

Rocket Record lets you perfect your French pronunciation. Just listen to the native speaker audio and then use the microphone icon to record yourself. Once you’re done, you’ll get a score out of 100 on your pronunciation and can listen to your own audio playback. (Use a headset mic for best results.) Problems? Click here!

Bottled at the chateau

A glass of red wine

A glass of white wine

A flute of champagne

A litre of wine (from a cooperative)

To your good health!

It could be said that France traditionally held a monopoly on wine production and appreciation until the second half of the 20th century. Currently, the French wine industry has to work very hard to compete with other leading edge technologies and successful award winning wine growers from all over the world.

As international wine mentors, all French wine producers are known by a distinct feature: their wines are labeled by their regions, not the type of grape.

A Château Margaux, to take a world class wine, is from south-west France and comes straight from a château in the Bordeaux region by the same name.

St Emilion is a village near Bordeaux, and is also the home of another “Grand Cru,” “great vintage,” Château Latour.

“Guides gastronomiques,” “culinary guides ,” are enjoyed by “dégustateurs” ( wine tasters) from all over the world, every one of them written by fans of France’s rich legacy in wine.

Traditionally, expertise in “ the soil” (“le terroir”) and “ grapes” (“les raisins”) has always been the key to making good wines. However, it’s the name of the wine that underpins the unique philosophy of wine appreciation in France, and it is something that was in place way before branding came into vogue.

The label continues to evoke and elevate a great wine’s status by specifying whether the wine is château produced and bottled “ mis en bouteille.” It gives the name of the producer’s property, mentions the vintage year, and whether it has come from a strictly defined growing area, “ appellation contrôlée.” 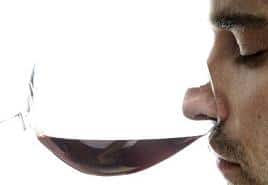 A bottle of Burgundy wine

A bottle of Chablis wine

The soil, the land

One of the best

Local (plural with one masculin minimum)

I hope you enjoyed your lesson - happy wine tasting... If you want more French vocabulary on travel then check out the airport in French, booking a hotel in French and, so you don't get lost, directions in French!