History of the Spanish Language

This article will teach you about the history of the Spanish language, which is useful if you’re interested in learning Spanish, and the origins of Spanish regional variations.

Most of the Spanish spoken in South America actually comes from a language called Castellano, which originated in Castilla, Spain. Around the end of the fifteenth century, the monarchs of Castilla combined forces with the monarchs of Aragon, and proceeded to take control of a large part of the Iberian peninsula. Once in control, they imposed the language of Castilla (Castellano) over the citizenry.

In 1492, when the conquistadors and missionaries arrived in the Americas, they brought Castellano with them and imposed it, in turn, on the native populace. Castellano became the official imperial language of the New World. 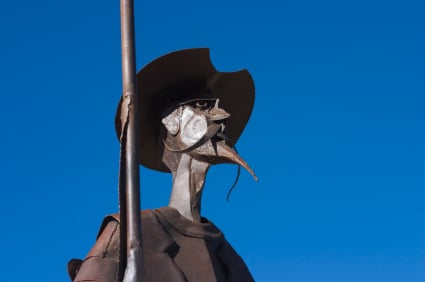 One of the big differences that you’ll notice today between Spanish speakers from Spain and those from Latin America is that the Spaniards tend to speak with what could almost be described as a lisp. In other words, they make a “th” sound when they pronounce the letters ‘c’ and ‘z.’

There is a legend about the origin of this difference. After the Americas were discovered, and Spanish had already arrived in the New World, a king came to the throne in Spain who spoke with a lisp. His courtiers and subjects adopted this trait to please his majesty. As a result, this fashion became adopted into standard pronunciation in Spain, while back in the Americas the older form of Spanish (with no lisp) was still being spoken.

Whether or not this legend is true, it illustrates an important point: languages change, evolve, and adapt to the culture and environment of the people who speak them. You’ll find that people on the street speak differently from people in the farms and villages. You may find that you have to learn new words depending on what part of the Spanish-speaking world you’re in.

For example, Chilean Spanish has come a long way since the discovery of the Americas. It has developed its own characteristics to suit the Chilean culture and its people. In fact, it is often said that Chileans do not speak Spanish. Instead, they speak Chilean!

The true Spanish language in its purest form is very formal, but when we are talking to our “amigos” (friends) or family, we Chileans tend to drop a few letters and mix and match other words, changing the language to the point where it is sometimes unrecognizable. That habit, plus the extensive and clever use of slang and cheeky Chilean humor, had given the Chilean language something unique and unmatched anywhere else in the world.

“You never stop learning.” This is one of my favorite sayings, as rarely a week goes by when I don’t learn something new - especially when it comes to languages. I have been speaking English now for over thirteen years, but still there are words that I haven’t heard before and don’t know the meaning of.

Language is a living thing. It is always growing and changing. You just have to look at slang to see how people shape the language they use. No matter what language you speak, you’ll find that words fall in and out of fashion, change their meanings subtly over time, and are used in different ways depending on who is saying them and in what context.

As a result, I think that it is wrong to talk about speaking a language “perfectly.” People use language to communicate, and, as long as they can communicate their meaning, they’ve used language appropriately. For example, compare spoken English with written English. How often do you speak in incomplete sentences, let propositions dangle, and misuse a word to get a laugh? You do it all the time! You don’t have to have perfect grammar to speak and communicate well. 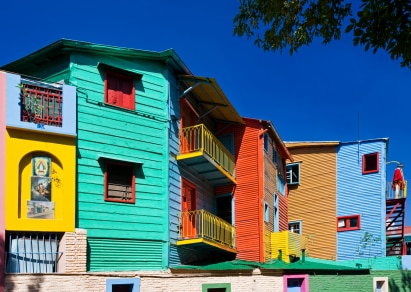 During the creation of Rocket Spanish, these regional variations caused a lot of discussion and debate about what words and phrases to include in our product. Ultimately, we decided on words that were so basic that they’d be understood everywhere, though our pronunciation is clearly Latin American.

Fortunately, Rocket Spanish gives you the best of all worlds. We have tried to keep it simple and teach you the most basic words and phrases that you can use anywhere in the world, whether you’re in Spain or in Latin America.

We can’t possibly give you all the regional variations, so if you have Spanish-speaking friends or a teacher who uses a word differently than we have it here, the difference is probably regional. Which word you use will depend on where you intend to speak Spanish. Just focus on communicating, and the rest will fall into place!

Find out how you can learn to speak Spanish fast with Rocket Spanish today...