5 Native American Languages You Should Learn

What do you think of when you hear the words “Native American”?

There isn’t a singular Native American identity — the US alone has 574 federally recognized tribes, as well as hundreds more unrecognized ones, each with their own history, culture, and in many cases, language. Did you know that more than 260 indigenous languages are spoken in the United States and Canada?

Why Learn an Indigenous Language?

You should consider learning an indigenous language if:

You want a challenge. Unlike Romance and Germanic languages, indigenous languages do not share direct roots with English. This means that the vocabulary and grammar will be completely new — and the linguistic diversity completely fascinating.

You want to set yourself apart in the job market. Everyone is learning European languages like Spanish, French, or even Arabic or Chinese. Don’t you want to stand out?

You want to work with a local community. Maybe Standing Rock has woken you up to environmental racism, or maybe you’re outraged by the poor living conditions on some reservations. If you want to work or do research with an indigenous community, speak to a member about learning their language.

You’re an indigenous person who wants to reclaim your language. Many indigenous languages were all but wiped out when the US government opened boarding schools in 1860. These schools effectively kidnapped children from their communities and stripped them of their language and culture. Today, reclaiming the language is an act of resistance.

You’re just interested. If you have a passion for a language, then go for it! That’s a good enough reason.

So, which languages should you learn? We have a few suggestions.

Resources: Check out the Beginner Navajo app, or learn it one word at a time at Navajo Word of the Day.

Resources: Pick up the basics at Alaskool, or commit to a degree at the Alaska Native Language Center.

Resources: Start learning for free at the School of Choctaw Language.

Learning a Native American language might not have been at the top of your list, but with more than 250 languages, the possibilities are endless. Whether you want to connect with a local community or study fascinating systems of writing, consider looking at an indigenous language.

That means “have a good journey” in Navajo!

I taught on the Navajo reservation for 5 years, and learned enough Navajo to get by on.  The students all thought I was fluent!  A definite plus when teaching and buying artifacts from the people.  Navajo is a very interesting language and certainly gets you some respect from the people (Dine) just for trying.

Does this mean Rocket is now going to teach Native American languages too. Sounds great, but I would like to see some Scandinavian language too. Am really keen to learn Swedish.

Hi Sebongela - Native American and Scandinavian languages aren't on the radar for 2022. We have been concentrating on upgrading our existing courses, in fact, Rocket French Level 1 is about to have all new Language & Culture lessons sometime within the next 48 hours! 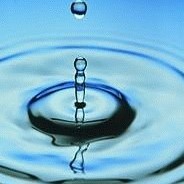 An update to Rocket French?