Rocket Languages Blog The Languages of Love: The 5 Most Romantic Languages 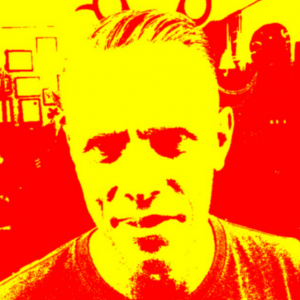 Summer is just around the corner. All those spring flowers and warm, sunny days will soon transform into a very romantic season. Think of a cozy picnic in the park, a relaxing day at the beach, or a trip to a romantic destination.

Summer is the perfect time to fall in love or fall in love again with your significant other. And what better way to embrace the romance of the season than by learning one of the languages of love?

In this article, we'll take a look at some of the world's most romantic languages. We'll explain what makes them so charming, and how to say "I love you" in each one of them.

Spanish is one of the world's most widely spoken languages. It tops our list as one of the most romantic languages because of its passionate, emotive sound.

The Spanish language originated from Latin, the language of the Romans. Because of this, Spanish is classified as a Romance language.

This classification has little to do with the actual characteristics of the Spanish language, but most Romance languages are indeed considered romantic because of how they sound.

Spanish has softer consonants and longer vowels than Germanic and Slavic languages. This helps speakers to make their words flow together more easily.

The Spanish language also requires verb conjugations. This means it's easier to create rhymes in Spanish, with so many different sounds to use. This makes it an ideal language for poetry and music.

As a descendent of Latin, Spanish also builds upon a long cultural heritage of music, poetry, and art. This also contributes to its overall romantic reputation.

Spanish is spoken in over 20 counties by more than 420 million people across the globe. It is an official, national, or widely-spoken language in 44 countries, including the United States.

The widespread usage of Spanish has created many beautiful dialects and accents. With so many to choose from, you're guaranteed to find one that sounds beautiful to you!

"I love you" in Spanish:

French is often considered to be the most romantic language in the world. It is another Romance language that originated from Latin.

French is a very musical language, and its pronunciation contributes to its melody. One pronunciation rule is that speakers should not pronounce the consonant at the end of a word (unless that word is followed by a vowel). This makes the language sound softer.

Vowels and consonants are also well-distributed in French. This helps the words to better flow together.

Like Spanish, the French language conjugates verbs. This makes French another perfect language for poetry and music.

The French language also builds upon a long cultural history of music, poetry, and art. This connection contributes to its romance and allure. Furthermore, the French have a reputation for beautiful, flowery song lyrics.

Amore, tesoro, dolcezza, bellissima, innamorato... Italian is known for its lilting, rhythmic words. It is no surprise that many consider it one of the world's most romantic languages.

In fact, the words above were voted to be some of the most romantic words in any language. This is from a survey of 320 translators and interpreters by Today Translations. The survey also revealed their pick for the world's most romantic language: Italian.

Italian is widely considered as one of the world's most romantic languages. This is due to the history and culture of the Italian language combined with its easily recognizable rhythm.

Italian is another Romance language that evolved from Latin. It has a long history of beautifully written poetry, prose, and opera.

The rhythmic distribution of consonants and vowels contributes to Italian's marked lilting sound. Speakers of other languages often say that Italian naturally sounds like singing.

"I love you" in Italian:

No list of romantic languages would be complete without Portuguese. This sultry Latin-based language is mostly spoken in Brazil and Portugal.

Portuguese-speaking countries enjoy tropical geography and exotic cultural and musical traditions. Combine this with the sounds of the language and you've got one of the world's most romantic and alluring languages.

Portuguese is spoken by over 215 million people throughout the world. The majority of speakers live in Brazil and Portugal. Portuguese can also be heard in Mozambique, Cape Verde, Guinea-Bissau and São Tomé.

"I love you" in Portuguese:

The official Romance languages aren't the only romantic languages, however. The final language on our list takes us on a trip to Asia.

Let's take a look at what many consider to be one of the world's most exotic romantic languages: Japanese.

Japanese is considered one of the most useful languages for singing. This is because all Japanese syllables are open, meaning they end with a vowel. This gives the language a light, lyrical sound that is simply enchanting.

Japan has a fascinating history, intricate cuisine, and intriguing culture. These all also contribute to the language's allure.

With roughly 130 million speakers, Japanese is primarily spoken in Japan. However Japanese speakers can be found throughout the world. As Japan has one of the largest economies in the world, speaking Japanese is useful for business opportunities in many fields.

"I love you" in Japanese:

It is important to note a cultural difference here. Japanese people don't say "I love you" or express their love as openly as other cultures. It’s more common to say “I like you” when professing your love:

These are just a few of the world's most romantic languages. Our list is based on the languages' linguistic features and their cultural reputation. In reality, ANY language can be romantic with the right words!

Foreign languages are a beautiful way to learn new words to express our love. They can also teach us how love is expressed in different cultures.

Learning another language opens our minds to new forms of expression and thinking. It can be a fascinating and romantic date with another culture in itself!

So what are you waiting for? Start learning a romantic language today and learn beautiful new ways to express yourself!

What do you think is the world's most romantic language? Please feel free to let us know!

I'm working on Japanese, and I agree the sounds of the language are wonderful.  I love just listening to Japanese TV to soak in the sounds.