Rocket Languages Blog Can you Learn Multiple Languages at Once?

Can you Learn Multiple Languages at Once?

You’re dating a man who speaks Turkish, but you’d like to visit your best friend in Malta. T-Pop has inspired you to learn Thai, but you’ve always wanted to speak enough Navajo to understand your grandmother’s stories. You plan to master Japanese before the Tokyo 2020 Olympics, but you haven’t finished the Korean you began for the 2018 Olympics, and you’re starting to lose your Portuguese from 2016.

Common knowledge dictates that you should only learn one language at a time, becoming proficient in one before even cracking the textbook of another. But there are too many fascinating languages in the world, and not enough time to learn them all!

The good news is that you don’t have to wait. If you want to learn Kikuyu and Finnish, you can. Want to try your hand at Mandarin and Swedish? No problem. German and Dutch? Easy—wait, no, don’t do those two together, for the same reason that you shouldn’t study Spanish and Portuguese at the same time. We’ll get to that soon.

You can learn more than one language at a time. But you have to be very, very strategic. Here’s some easy language tips.

Choose two languages that are worlds apart. I’m not just talking about the subtle differences between Quebecois French and Parisian French or even about the shifts between Spanish and Catalan—even German and Dutch are too similar.

At first glance, it might seem better to pick up two similar languages at once. Since there’s so much overlap, it’s basically like learning two for the price of one, right? Not quite. If you pick similar languages, you’re more likely to confuse their grammar and vocabulary. You’ll spend more time trying to untangle them from each other than you will mastering new phrases. And once you get to false cognates, you’re done for.

Do this: Pick from two completely different language families. But don’t stop there; make sure the languages differ both in difficulty and in your familiarity with it. If you can, focus on one difficult language that you’re already moderately familiar with, and add an easier language that is brand new.

TIP: Set concrete goals in each.

Unfortunately, vague goals, like “learn Mandarin and Russian” won’t get you very far. You won’t be able to measure your progress to determine whether your strategies are effective and, with no clear end in sight, you’ll burn out.

Do this: First, set achievable goals, both long-term and short-term, with designated milestones; language proficiency exams are a good start. Second, maintain a clear system of tracking your progress so that you can routinely assess which tactics are working and adjust accordingly. For example, if your goal is to “learn 200 Russian words within 2 weeks,” then at the end of the first week, take a vocabulary quiz to determine how well you’re retaining information, or whether you need to tweak your approach.

Do this: If you’re focusing on novels and workbooks in French, then use video games and apps to polish your Hindi. Study one in the morning and one in the afternoon. Listen to podcasts in one, and watch movies in the other. And, every few weeks, switch.

TIP: Speak to a language partner for each.

Learning any language is a long journey; you’ll trip up on grammar, hit plateaus and lose motivation. That’s a natural part of the process. To stay motivated, make sure you have at least one language partner for each language. This person could be a fellow student who can keep you motivated, or a native speaker you converse with often.

Do this: Sign up for a local language exchange or register at Tandem or iTalki.

TIP: Every day, use both languages for set periods of time.

Being regimented is key. Some days, you won’t feel like studying either language, or you’ll be more excited about one than the other. To make sure that you stay on track, make a plan and stick to it even when you don’t feel like getting out of bed.

Do this: I recommend hanging a chart in your bedroom, front and center. At the start of each week, plan out your assignments and mark off each day that you successfully complete them.

TIP: Every day, switch back and forth between which language gets more precedence.

This is an addendum to the previous tip. If you have a short attention span, you might get a bit antsy doing the exact same thing each day. For an easy way to maintain interest while maintaining your languages, alternate which language you give slightly more precedence.

If you study two completely different vocabulary lists with no overlap, then you’ll start incorrectly filling in one language’s gaps with the other.

Let’s say that you focus on business vocabulary when you’re studying Chinese, but on food when you’re studying Italian. If you’re having a conversation with someone in Italian and you don’t know the word for “economy,” your brain might default to the Chinese word without realizing it. Every time you don’t know a word in Italian, you’ll use Chinese—you’ll never have to switch between the two languages because they will effectively mesh.

Instead, get used to confronting a term in both languages and picking the right one. If you know the word for “economy” in both Italian and Chinese, then you’ll have to pick which one is the correct one, which will get you used to switching between the languages while keeping them separate.

Do this: Although you should maintain many separate topics, learn at least ten of the same vocabulary words in both of your languages each week. This will help train you to think in both but say the correct one.

TIP: Mix up your vocabulary lists to get better at switching between them.

This intermediate tip builds on the one above. After you feel like you have solid footing in both languages, practice switching between them while studying. This may be confusing at first, but in the long-term, it will actually help you get used to using both languages without losing the other.

Do this: Make vocabulary flashcards for each language and shuffle the sets together. Start small, with fifty words from each language, but eventually increase this until you’re comfortable mixing up all of your vocabulary words.

You can learn two languages.

Languages are fascinating, so don’t limit yourself to one at a time! Learn your languages simultaneously! By learning and thinking in both, you’ll open new learning skills and perhaps come to greater depths in each than you would have if you’d studied them alone.

This is fascinating!  Great ideas to try if I ever get the money to try a second language, which I hopefully will get to do.  Thanks for this article.

For me there is too much work involved in learning one so I am not even going to try or attempt to learn another.

Learning one is hard enough for me, but if you like doing this stuff, then go for it.

I'd like to, but I also don't know where I'd get the time!  I could use Spanish for work, but that's a long way off when I try that.

I would probably have second thoughts about learning more languages if I were a teenager again in high school and the option was there.

In thinking more since my last post, Japanese is still a main priority for me to become fluent in. I do not just want to learn the language, I want to master it and be able to have a decent conversation in Japanese and be able to completely understand almost everything in Japanese when I travel to that country.

For me it is a time consuming hobby. I have been learning Japanese for up to 10 years now and there is still a long way to go. This is not full time study. This is a hobby and for travel and tourism as well as annual visits for karate training which is my main sport I participate in.

That said if any other language were possible, then based on what I know of Japanese, it would be possible to start some Chinese language based on the Kanji use in Japanese or possibly Korean based on the fact that it is said to follow the same grammar as Japanese. However it is extremely unlikely I would find the time to even attempt another language.

Agreed with the time challenge! I live in Italy, so learning Italian is obviously a top priority. With a family and grad school + time to travel, it's not always easy to find the time. I have the advantage of living here, so at least I hear & read the language daily and have the option of practicing to speak as often as I want without having to log in to RL. But it's still a very slow process. I wish I'd done this earlier in life when I had more time to devote to it!

Every morning I practice Italian for fifteen minutes and Japanese for fifteen minutes, using DuoLingo. That's seven days a week, never skipping. Then while I'm commuting to and from work I listen to Rocket Italian. After a few months, I can say it's the best strategy I've ever tried. I think the consistency and the frequent short exposures have helped a lot.  And the Italian and Japanese never get confused with each other.

I appreciate the feedback, especially learning from about the Language apps! I will plan to incorporate them into my learning.

My goal is to learn at least 2 languages but get an working proficiency in one between switching over to the next, so I will take some of your advice when I make that switch.
Thanks!

Wish I had read this before I signed up for a Mandarin class while taking Japanese in my free time, haha! So far, the spoken aspect and the grammar is so different that I haven't confused them yet, but sometimes I will see a kanji and accidentally say the Chinese word!

Yes the kanji comes directly from China in Japanese writing and in some instances the words may be pronounced very similarly I have been told.

One thing I have not said previously, this is not just a hobby for me to learn multiple languages, it has a practical purpose that I will actually use the language and go to Japan and speak the language there. In that sense it it a requirement to have a certain ability to know the language when I go there. 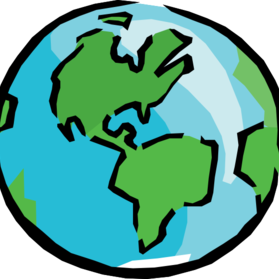