Rocket Languages Blog How Much Time Does It Take to Learn American Sign Language?

How Much Time Does It Take to Learn American Sign Language?

You shoot your friend a thumbs-up to let her know she did a great job. You hold up two fingers at a noisy bar to signal to the bartender how many drinks to bring. You clap at the end of performances to show your appreciation, you raise your hand when you’re ready to ask a question, and you may even cross your fingers for a bit of extra luck.

You already use your hands for communication in so many ways. That means that learning sign language, while it has its challenges, is not as difficult or as different from other languages as it might seem.

Like spoken languages, it will take a bit of time to learn sign language. The question is, how much? For this article, we’ll be focusing on American Sign Language (ASL).

Just as there are 7,100 spoken languages in the world, there are hundreds of different sign languages--about three hundred, actually. New signs and sign languages are evolving all the time: Nicaraguan Sign Language, for example, first developed in 1980.

There can even be multiple sign languages within the same country. Within the US alone, Black American Sign Language (BASL) and ASL differ, and for centuries the tiny Massachusetts island of Martha’s Vineyard had its own distinct and thriving sign language as well.

ASL is not just a simpler or reduced form of English. That exists, and it’s called Signed Exact English (SEE-II). However, SEE-II is not really a natural sign language. More often, it’s used as a tool to teach English to Deaf or Hard-of-Hearing students.

ASL and English aren’t related. While many ASL-signers might know English as a byproduct of growing up in a predominantly English-speaking country, ASL has its own grammar, vocabulary, idioms and word order.

ASL itself has thousands of signs. It’s constantly evolving as technology and culture (including Deaf culture) change. Slang is added, words are thrown in or taken away. It’s vibrant and ever-changing, just like spoken languages.

Myth 3: ASL only uses your hands.

At first glance, it makes sense to think that sign language is centered on hand movements. While that’s not wrong, that view is a bit incomplete.

Sign language is about more than the shapes that your hands make. It’s also about total body language.

The difference between a question and a statement, for example, is raised eyebrows. To show that you did something reluctantly, you have to display that reluctance on your face. To show excitement, smile.

You often have to move your lips too. While you sign the word “finish,” you also need to mouth the word “fish,” for example. It’s not optional; it’s part of the sign.

The best way to think of sign language is just that--sign language. Not hand language. You’re using your entire body to create a specific sign that stands for something else.

Myth 4: It’s impossible to have an accent.

When you’re signing, you don’t have to worry about vowel pronunciation or correct tongue placement; you’re just moving your body. So it’s impossible to have an accent. Right?

Actually, ASL comes with many accents. Based on speed, hand placement and even finger elongation, it’s clear where you’re from and whether ASL was your first language. New Yorkers, known for talking fast, translate that into faster signing, while someone with a Southern drawl may take their sweet time signing, too.

And native signers can often tell when you’re not native to the language. But just like with a spoken language, don’t let that deter you--when people see your accent, they usually appreciate that you’ve taken the time to learn!

So now you know a bit more about sign language, let’s get into the nitty-gritty. How long does it take to learn ASL?

It depends on a few key factors.

Factor 1: What are your goals?

If you want to sign like a native signer, with no “hearing” accent, then that will take several years to learn. Many interpreters who have dedicated a decade or more to the craft still report being spotted as “not-native” signers.

But as with any language, comprehension and communication should be your main goal. It doesn’t matter if you have an accent as long as you are understood.

That said, many goals exist between “no signing at all” and “perfect native fluency.” You could aim to communicate at a basic level with Deaf/Hard-of-Hearing (HoH) people in your community. That may only take a few months with diligent practice, and you don’t need to take a formal sign language class to do this. It’s easier than ever to learn a language online.

On the other hand, you could aim to become an interpreter. On top of learning the language to an advanced level (which may take at least a year), many certification programs require at least two years of an interpretation program.

TIP: Set out a long-term goal with a specific end date. Then set smaller goals leading up to that goal. Make sure they are SMART--specific, measurable, achievable, realistic and timely.

Factor 2: How involved with the Deaf/HoH community are you?

When you’re learning a spoken language such as French or Japanese, you might be able to achieve a certain degree of immersion by reading books or listening to music in the language.

With ASL, it’s not always as easy. Interpretations of popular TV shows and movies are rare; closed captions are much more common. You won’t find any books written in ASL, and the amount of popular material created by Deaf people and for Deaf people is existent, but unfortunately quite a bit smaller than native materials produced for many other languages.

On top of that, Deaf culture is its own culture, and not one that you can truly understand just from watching movies or documentaries alone. You need to truly be around Deaf and HoH people to get a sense of the culture, to learn how people actually sign and to practice communicating.

The more you are around members of the community, the more you will pick up the language naturally.

TIP: Look up sign language meetings in your area. They are often attended by a mixture of Deaf people, HoH people and learners. You’ll make invaluable connections.

Factor 3: What kind of learner are you?

Your learning style is the way that you pick up and retain information the most effectively.

Because ASL is such a physical and manual language, some learning methods will be a bit more practical than others. However, you can make it work no matter what your learning style is.

If you’re an auditory learner, you won’t be able to listen to ASL songs, but you can look for ASL interpretations of your favorite songs and sign along to the music. You can also listen to someone explain ASL grammar.

If you’re a visual learner, consider drawing diagrams in order to remember various hand signs and movements. You can also practice in front of a mirror so that you can see what each sign looks like and better imprint it to memory. The videos in the Rocket Language ASL course are a great visual resource to get started.

If you’re a reading/writing learner, try jotting down notes and mnemonics to help you remember each sign. You can also write out directions and movements for each word; reading back over your list will help you recall the physical sign.

If you’re a kinetic learner, you may have an easier time picking up the language, as ASL is all about doing. You’ll find it most helpful to join an ASL meetup group and connect with another learner in order to practice conversations together.

DO: Find out your learning style and begin tailoring your approaches to your style.

Here are a few tips for all learners:

ASL is a vibrant and constantly evolving language, and learning it is a rewarding process. If you’re ready to start learning sign language (ASL,) try Rocket Sign Language! 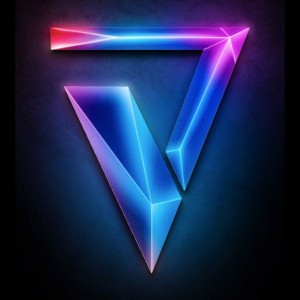 I don't actually learn any kind of sign language, but it sounds like it is more complex than I expected.

I tried the American sign Language on Rocket and found the videos just to fast to follow. Is there a way to slow them down. I am intrigued by it all, and would like to learn, but the speed put me off

Hi Sebongela - There is a half-speed button next to the play button!

Thank you will try it out and maybe when I am more proficient at Italian and German will give it a go.