Rocket Languages Blog How to Use Social Media for Full Immersion

How to Use Social Media for Full Immersion

If you’re anything like me, you stay plugged into social media no matter where you go, tweeting and liking, uploading and swiping. Your thumbs are permanently attached to your phone, which is synched to your tablet, which links to your laptop, your watch and even your car.

We all use the internet to link up with old friends (and old flames), but have you used it to connect with new friends? The right channels will let you tap into networks of native speakers, groups of other target language-learners and millions of members of the language-learning community as a whole.

So how do you find these channels?

Friends of friends. Has your best friend’s roommate worked with a man from Papua New Guinea? And now you want to speak Tok Pisin? Ask your friend to ask her roommate to ask her coworker if you can learn from him, and then send him a friend request.

Swipe right. Many dating apps now let you choose which city to browse remotely. So set it to a place that speaks your target language and start reaching out.

“Hello. How are you? I am doing fine. Thank you for asking. This severe rain is very surprising. Do you agree?”

But in order to really know a language, you need to observe how native speakers actually use it. The internet is a great place to pick up slang, speech patterns and shorthands. For example, most languages have a text speak for chatting electronically—take the Arabic Arabizi for example, where the heavy H sounds become “7” and a heavy CH becomes “9.” You won’t learn that from a textbook.

You should also browse the most popular Instagram, YouTube, Facebook and Twitter videos made by native speakers. As you’re watching, keep a notebook handy. Whenever an unfamiliar word keeps popping up or you hear a familiar word in an unrecognizable context, that’s a sign of slang. Write down each term and the sentence you heard it used in. You’ll recognize a pattern. Pepper the slang into your own speech!

Sometimes it feels like Instagram’s only purpose is to showcase the rich and fabulous lifestyles that you wish you were leading. You can waste away for hours, gazing wistfully at the decadent künefe that a woman is sampling in Turkey or the Álex Anwandter concert that a man is attending in Chile.

You might as well put that wanderlust to good use. Follow accounts from people who live in these countries to see what they’re eating, what they’re wearing, and what they’re listening to. Comment on their pictures in your target language.

You might not actually be there, but it will feel like you’re there, which will put you in the mindset to learn your target language. And you never know—maybe one day you’ll be the person who lives in that country, posting your own incredible pictures.

Instead, check out a social media platform just for learning languages.

On Speaky, you can chat via text or video with language-learners and native speakers in 110 different languages.

HiNative is like Quora or StackExchange. You can ask a question about a language and receive community-sourced answers.

We’ve mentioned italki’s one-on-one language lessons before, but it also has great social media features that let you plug into the community, such as a HiNative-like question and answer board, a system for finding and befriending language partners and a discussion space.

You might be nervous when you first attempt to use your target language on social media. What if native speakers judge you? What if your real-life friends think you’re crazy? The beautiful part about social media is that you can become anyone.

Never outright lie—claiming you’re a native Czech speaker when you can hardly say, “Čtvrtek,” for example, will come back to haunt you—but pretending to be someone else may help you loosen up and post more often than you would if your own name were attached. You can start commenting without the fear of people connecting them back to you in real life.

For example, if you’re in Ohio but learning French, then pretending to be a recent transplant to Quebec might put you in the right headspace.

(Caveat: If you become friends with someone, be sure to be up front about the truth! Catfishing never ends well.)

In addition to social media, fully immerse yourself in books, movies and even video games in your target language.

Use GoodReads to cull book and graphic novel recommendations from native speakers.

Get on IMDB in order to chat about movies all over the world. You can even filter for movies in languages you may have never thought of learning, such as Bassari, Korean Sign Language and Yapese.

By linking up with language-learning communities, exploring virtual spaces and picking up on natural language patterns, you can use social media to become fluent—while making friends! 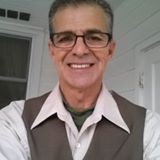 Thanks for sharing this. I will be able to use the information you just posted to create my own flash cards and learn the words and phrases that are really useful. Thanks for taking time to share this information.