This is part 1 of a series on common language learning myths.

Or, at least, you basically do. With the magic of Google Translate, you can communicate flawlessly and fluently in everything from Afrikaans to Zulu. Just type in what you want to say, press the magic blue button, and voilà! Instant fluency. You have the whole world in your pocket.

Plus, if you actually want to learn a language (how old fashioned), Google Translate has you covered. Just type in the English and memorize whatever comes out on the other side. It is one hundred percent guaranteed to be one hundred percent correct.

The sad reality is, instant translators aren’t enough to order a cup of coffee, let alone help you master an entire language.

Some translation errors are harmless, like Google botching Adele’s “Hello.” However, some have grave political consequences, like when Bing mistranslated the Arabic word for “ISIS” as “Saudi Arabia.”

Why are these tools so wrong so often? It boils down to the way they’re designed. Most translation tools operate based on statistics, not grammar. They comb through millions of documents that humans have already translated, look for patterns and make educated guesses. For example, if you want to translate “me duele la cabeza” from Spanish, a tool will analyze its cache of documents to find that the phrase is typically translated as “I have a headache,” instead of its word-for-word translation, “the head pains me.” However, while tools work for simple phrases, they lose their wheels when faced with complex grammar that doesn’t appear as often.

Moreover, statistics-based tools are only as good as the amount of information that they possess, and since the vast majority of documents are in English, translation tools may use two- or even three-step translations—that is, translating something from one language, then into English, then into another language. This easily becomes a nightmare. If you want to translate from, say, Catalan to Thai, then the tool will translate from Catalan to its closest equivalent, Spanish, then to English and then to Thai. This is like playing a game of telephone. Every time you translate the phrase, you leave more room for miscommunications, errors and mistranslating Russia as "Mordor."

What should you do instead? Learn from official translations.

Translations are a useful study tool, but don’t rely on Bing! Instead, get your hands on official Vietnamese translations of your favorite novels, or watch Russian versions of your favorite films, or listen to a cover of your favorite song in Uzbek. 2. Translation tools don’t understand the nuances of language. Language is tricky. People truncate words into slang, throw around metaphors and use sarcasm to say the opposite of what they mean. In person, eye contact, hand gestures and tone of voice can communicate more than vocabulary.

Google Translate just doesn’t get that.

The lifestyle website Quartz recently performed a multi-pronged test to see if Google could translate Chinese as well as a human translator.

The tool was relatively accurate for basic conversation. However, when Google attempted to translate academic articles, the output quickly became mangled and unintelligible as Google struggled to differentiate between Chinese and English expressions, resulting in nonsensical sentences such as “2007, in the Federated States of Micronesia, Yabu outbreak of cluster epidemic, only this disease have more awareness.”

And when translating poetry, Google wrung the life out of every line, unable to generate its own imagery and metaphors (creativity is a distinctly human trait). “I lower my head and think of home” became “bow thinking hometown.”

Quartz also tested Skype Translator, and the results were much worse.

To be fair, there is one area where Google Translate attempts to take liberties with language: it inserts gender bias. When translating from Turkish, Google decides whether to translate the gender-neutral pronoun “o” as “he” or “she.” The result? “He is hardworking. She is lazy.”

What should you do instead? Study the nuances for yourself.

Translation tools can’t grasp nuances, but you can, so dive in headfirst. Pick up Irish idioms. Teach yourself Polish slang. Learn Portuguese proverbs that have been handed down for generations, and study popular Swahili movies to learn common references. 3. Translation tools can’t help you learn. Do you know why everyone loves translation tools? They’re instant. As soon as you click “translate,” the computer does the job for you. You no longer have to wrack your brain, trying to come up with the right German article or Igbo conjugation. In fact, you don’t have to think at all. And that’s why it isn’t sustainable.

To really master a language, you have to struggle. You have to write, read and make mistakes. You have to forget a word and then mutter in frustration until you remember again. You have to memorize and repeat. You have to embrace the difficulty of it all.

What should you do instead? Practice!

Find the method that works for you, whether it’s completing a Rocket Italian course, writing your own stories in Japanese or speaking Amharic with your friends. Just find a strategy that works for you, and keep at it. 4. Translation tools don’t let you speak out loud. While some tools, like Skype Translator, encourage users to speak, the vast majority of translation tools function best with written words. This is great—if you never plan on holding a real conversation with anyone, ever.

Speaking a language out loud has countless learning benefits. It helps you to remember vocabulary. It solidifies proper pronunciation. It makes you more comfortable with the way the words sound and feel on your tongue.

Moreover, nothing beats speaking out loud with a real person. Real people can surprise you—they can sneak in new vocabulary, use tricky grammar constructions and respond in ways a computer never could, all of which teach you to think on your feet in your target language. Meanwhile, translation tools operate on rails: something comes in, and an automated response comes out. There’s no nuance, no challenge and no reality.

What should you do instead? Speak! And speak often.

Record yourself practicing Hebrew to work on your pronunciation. Sing along to Tagalog songs. Better yet, connect with native speakers using apps like Bilingua and Tandem. The important thing is that you open your mouth! Translation tools just aren’t enough. Translation tools are fast. They’re free. They’re easy. And they’re not enough to get by.

To really grasp a language, you have to choose your translations carefully, teach yourself the nuances, practice however you can and speak nonstop. At first, it might seem great to have 103 languages available at your fingertips—but Google Translate will never master a language like you can.

Wow! Thank you for this article. I find it very helpful for my weekly lesson in Spanish. 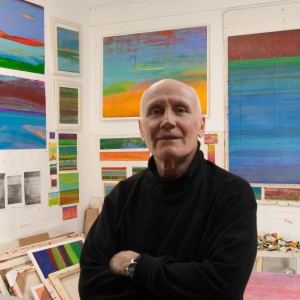 Thanks for the post. I'd add that successful language learners master  both the oral and written forms of all languages (all that HAVE written forms, that is). To sacrifice one form to the other is like using one oar in rowing.

Thanks for the article, I agree with most of what is written however I have found translation tools quite useful and often use in combination with other tools and courses.
For a long time I used Google translate (Italian) to help with simple messages overseas it worked for me -not 100% but it was better than my Italian.
Now, I often use Google translate to test sentences that I put together to see if what I translate is the same or not. Often the results are the same but agree not always accurate.
with regards to nuances in the language this can also apply to any online course (without video). I also find the same thing true in real life when speaking on the telephone or when I can't see who am talking to.
In my opinion there is definitely a place for these translators, just don't rely on them 100% especially when longer or more advanced material is required.

I have to agree with edm601.  While translators aren't anywhere near perfect, they are a good tool.  The problem comes when you try to rely on it too much instead of actually studying a language.  But, as a supplemental tool, it's just fine.
I find it useful in my Japanese studies.  I use google translate along with my Rocket course and I wind up playing with words and sentences more.  It's kind of a dry erase board to try words and sentences that I think about.  It encourages me to use my imagination and play with the language, which is something that my other study tools don't do.
With Japanese I've found that using the kanji in google translate is way better than pasting hiragana.   Translation accuracy goes up a LOT.  lol