Today we released a fantastic new writing Test for Rocket Chinese and Rocket Japanese. The new test came about after acting on feedback from our users (that's you guys!) who wanted practice with writing in native script.

Now with Rocket Chinese you can use Write it in Hanzi! It works pretty much the same way as the original Write it!

Similarly with Rocket Japanese you can now test your script writing in Kanji.

Rocket Chinese and Japanese members, make sure you try it out soon.

The original Write it! is still there, and lessons that have both will be marked W1 and W2 on the Dashboard.

Both of these tests will add to your points and Badges tally, as well as showing up on your Dashboard once a lesson has been successfully rated.

Have fun, and feel free to post any feedback here! And of course if you love it feel free to submit a review. Member reviews are the lifeblood of the company so the more the merrier!

All the best with your language learning

Jason, I must admit that I truly appreciate the new W2 feature on each of the Rocket Language Japanese subjects. It is nice to know that I can use my Macintosh keyboard to sound out and type out the correct hiragana and convert it to Kanji. There are some concerns; however, that I would like to bring to your attention. I apologize for the length of this post, but I do wish to address these issues as I feel they are legitimate concerns for learning Kanji on Rocket Languages. Please note that I am not stating that the program is terrible, but there are some things (and probably more) that need to be addressed. Concern #1: Why use Kanji? If I were a new learner, who just recently purchased the Rocket Langauge Japanese Premium program, I would have a hard time trying to understand why I need to use Kanji. In the lesson itself, there is an explanation as to what the three types of Japanese alphabets that are used, but there is no explanation as to why. If I were hard pressed to find the answer, I would have to go to other resources on Google to determine the reasons, which then would probably bring up more questions such as, "Well which Kanji is ki: 木 or 学". Concern #2: There is no explanation of the Kun-Reading vs. On-Reading Put simply, this explanation is not addressed until Section 4.9. This is very essential as a learner needs to understand that Kanji can have other meanings in different contexts of speech. For example, 火, by itself would be "hi" which means fire, but if you use it like this: 火曜日 this would be "kayoubi", which means Tuesday. The symbol 火 is fire (the kun-meaning) and 火曜日 is Tuesday (the symbol uses the on-meaning). Again, this would be a confusing point for a learner. Concern #3: There is no hiragana background practice before starting W2 on Section 1.0 Being a new learner, it would be beneficial if that person would know the basics of hirgana and Japanese syllabry, specifically the lesson 1.6. By placing the activity in Section 1.0 prior to 1.6, it may frustrate the learner because they have no idea how to pronounce the Japanese. The learner should have a basic understanding of Japanese syllabry prior to attempting something like W2 (or even W1 for that matter). In this way, it will be easy to sound out the words and use the correct keystrokes on their keyboard. Concern #4: The Kanji are hard to memorize and there is no instruction on how to do stroke order for Kanji I was lucky in that prior to purchasing Rocket Languages Japanese Premium, I started learning Kanji on my own via Google, specifically at http://japanese.about.com/library/blkodarchives.htm. Because of this, I was able to undertand some of the Kanji listed in the W1 sections of the lessons. My concern here is this: how will a learner know to memorize the meanings (both On and Kun readings) of each Kanji as well as the stroke order? It is fine that a learner can use the keyboard to type out the Japanese "words", but there is a key missing component in learning to write/memorize Kanji. Learning "ni - 二" for example is easy, but it's a different story if you're trying to learn "yobi - 曜日". Concern #5: Software on a Macintosh will give different translations in Kanji for specific words What may be a problem for some users on a Mac (I cannot speak for Windows) is that when typing out the syllabry, my Macintosh will provide different Kanji combinations. The only way a learner is going to know which one is correct is to "cheat" and look at the answer in the Learning section or to look at the Not Rated section for the answer. Thank you for taking time to read this post. Any input or comments would greatly be appreciated.

Hi Fred - Thanks for the excellent feedback. The idea is that Write it in Kanji! is there for those that need it or want it for any extra study that they may be doing. We thought long and hard about even including it as Kanji is, as you point out, difficult for beginners to get their head around.

We have changed the introductory text on Write it Kanji! to make this clearer! 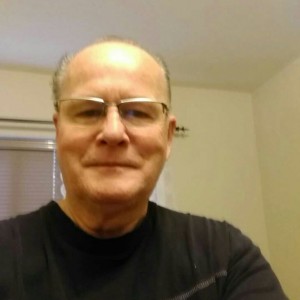 I am using two other online Chinese learning courses but I have to say, even though they have some good components neither are as good as Rocket Chinese. Your system is by far the best in my opinion. Thanks William

I have been using the new Write It (W2) I like it a lot for Chinese. Thank you for implementing this. One more test that I would like to suggest would be a "Read It" test. Display the phrase in Hanzi (or Kanji for Japanese) and have the user speak it (like you do in Know It). Then when you reveal, speak the phrase and show the pinyin and English translation.

Hi Robert - Great suggestion. I will add it to the development list!

Hi William - Thanks for the feedback!