Rocket Languages Blog Which Language is the Easiest to Learn?

Which Language is the Easiest to Learn?


Spanish is easy; Russian is hard. Mandarin is a headache, and French is supposedly a breeze. At least, that’s what you’ve probably heard before. If you tell someone you’re learning Italian, you might not receive the same impressed reaction as if you casually drop it into conversation that you’re learning Japanese or Tajik.

Some languages, we’re told, are just harder than others.

But is that true?

To some extent: Yes. But this is a very slight extent.

Your mother tongue partially determines how complex you may find other languages. The closer your target language is to your mother tongue, the more cognates you’ll be able to draw on, and the easier you may pick up on grammar rules that mirror your own.

For example, Danish, Norwegian and Swedish are, in some regions, mutually intelligible, while speaking the Egyptian dialect of Arabic (Masri) may make the path to learning the Levantine dialect (Shami) slightly smoother.

The good news? This extends not only to your mother tongue, but also to any other language you pick up. Let’s say you only speak English, and you want to learn Mandarin from scratch. This is definitely doable, but Mandarin’s grammar, syntax, vocabulary, pronunciation and tones may feel a little alien. However, once you learn Mandarin, you’ll find it much, much easier to pick up Cantonese and other languages deriving from the Sino-Tibetan language family.

If you’re an English-speaker, the Foreign Service Institute has developed a practical list of the average amount of time it will take to learn other languages. You can use this list to estimate how time-intensive, or “difficult,” specific languages may be for you.

According to Category 1, languages similar to English, such as Afrikaans, French and Spanish, will take about 600 hours of classroom study (24 weeks) in order to reach “general professional proficiency in speaking and reading.”

On the other end of the scale, in Category 5, are languages that are vastly different from English, such as Arabic, Japanese and Korean. These languages generally take 2200 classroom hours or 88 weeks.

In the middle, at 36 weeks, you’ll find languages such as Indonesian and Swahili, while at 44 weeks you’ll find, among others, Croatian, Icelandic and Uzbek.

German is the only language in Category 2, at 30 weeks.

But your mother tongue isn’t the only consideration that influences how hard a language will be for you. In fact, it’s not even the most important one.

These next three factors, more than the languages you already speak or any objective measure, will determine how hard you find a language.

Personal Motivation: How much do you want it?

This is the most important factor. Put simply: If you want it, nothing will stand in your way. If not, then you’re doomed to fail.

If you are deeply, intrinsically motivated to learn, then you will be so excited about the language that you’ll devote time and energy to deciphering its minute details. Learning vocabulary won’t feel like a chore if you truly enjoy uncovering new facets of the language. You’ll find yourself listening to music and podcasts in your target language just for fun, seeking out speakers to practice with and trying to advance as much as possible.

On the other hand, if you don’t truly want to learn a language, then even the easiest language on the FSI scale will be a complete slog. The smallest amount of studying will feel like torture, and you may come to dread it so much that you hardly advance.

What’s the best motivation? There isn’t any. Your reasons for learning a language don’t matter--maybe you need to secure higher education in a specific country, or perhaps you just want to woo someone in a foreign language--all that matters is that you feel truly motivated.

And if you’re forced to learn a language that you don’t care about? Find something about it that excites you, and you’ll find yourself progressing much more quickly.

Materials: How are you learning?

What learning materials are you taking advantage of? After motivation, this is the most important factor.

If you’re blowing the cobwebs off an old high school textbook, you may find yourself bored by the writing and stumped by dry explanations of even the simplest grammar rules.

On the other hand, if you’re employing diverse strategies to learn in a dynamic way, then not only will your attention span last longer, but you’ll also obtain a more comprehensive, holistic grasp of the language.

For example, if you chat with native tutors on iTalki, your mastery of conversation and colloquial expressions will skyrocket. If you take advantage of the speaking features on Rocket Languages, your pronunciation will improve sharply.

Look into your learning style to get an idea of what may be best for you, and diversify your materials to create an efficient and engaging curriculum.

Experience: How many languages do you already know?

The final determiner of “difficulty” is how many languages you’ve already learned. It doesn’t hinge on which you’ve learned, although as we’ve touched on above, that does play a role. But here, we’re looking at how experienced you are at the process.

The first time you set your mind to speaking another language, you might feel a bit lost--and that’s okay. You may try a wide variety of resources before you find the ones that really click with your learning style.

And then there’s grammar. The first time you encounter a seemingly nonsensical rule, for example, can overwhelm you. What on earth are Arabic sun and moon letters? What is a Nebensatz and why does it throw all of your German verbs into reverse?

However, by your second foreign language (or third! or fourth!) you’ll be a professional. You’ll know your learning style, you’ll know what works for you, and you’ll likely have seen and conquered the grammar rules that will pop up in subsequent languages.

In other words, learning languages is like any other skill: The more you practice, the easier it will be.

No matter how difficult a language is supposed to be, you can do it. Draw motivation from other learners on the Rocket Languages forum, or head straight to our offered courses to start a trial and finally learn the language you’ve been dreaming about. 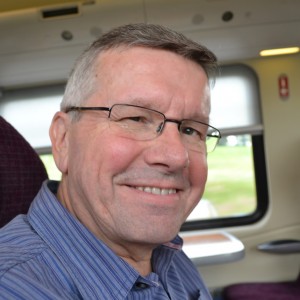 Excellent article. I’m on my fourth modern language - plus Latin - over the last forty years, on and off. The point is that in my case, I’m still challenged by grammar in the various languages but have the advantage of having the knowledge of what does and doesn’t work for me. Plus, I’m sure the brain gets into language mode via brain plasticity. It’s the process I enjoy as much as the end result.