你好! I'm new to Rocket Chinese and have just finished up the first group of lessons. I have some questions about pronouncing multiple 3rd tones in a row. From what I understand, if there are two 3rd tones together, the first syllable changes to 2nd tone. If there are 3 in a row, the pronunciation of the tones would go 323. I've also heard that it could be pronounced 223. Is that acceptable? And if there's four in a row, could it go 2223, or would the tones normally be 2323? I'm having difficulty with this when there are several 3rd tones in a row. For instance, the phrase "wǒ kěyǐ diǎn yǐnliào ma?", with five 3rd tones in a row, I find myself either going 23232 and winding up with a 2nd tone on the last 3rd tone syllable, which I don't think would be right, or I try to say two 3rd tones in a row, which sounds awkward. I end up stumbling through this as I try to organize how the 3rd tones will line up as I'm speaking. It seems like I need to know the number of 3rd tones I have in a row ahead of time and memorize it to know if I should start with 2nd tone or 3rd tone, but in a free flowing conversation, I would think that it's difficult to anticipate which 3rd tone should switch to 2nd. I suppose it all comes down to practice and I may just be over thinking it, but I was wondering if anyone else has difficulty with this or has advice on how to get it straight. 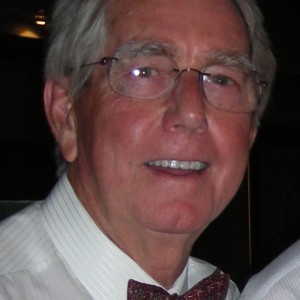 I would suggest you are making it far more complicated than it need be by placingTOO MUCH emphasis on the tones. If you try and replicate each phrase by copying the SOUND you will find that your spoken words will be understood and you can concentrate on the tones later. Repeat that phrase for example as it is spoken in the lesson as if it were words of a song and the tones will be correct and you will have communcated a message that asks clearly if you can order drinks. BH

Thanks for the tip. I figured I was making it harder than it needed to be. I'll concentrate more on listening to the rhythm of the language than trying to remember what tone is over each word as a say it. I guess it will eventually become natural... I can only hope!

Check out this link: http://laowaichinese.net/better-mandarin-tones-diagram.htm It just depends on your mood, intonation, etc how you pronounce third tones. Actually, the word grouping affects this too. I could say this phrase many different ways really. On top of that, in real life conversation situations the 3rd tone isn't normally pronounced fully, even at the end of the sentence but instead is just the dipping part of the 3rd tone. Using your sentence "can i order drinks" if a big X means 3rd tone pronounced rising and a little x means a 3rd tone pronounced dipping then i would say it like this x Xx x xliào. Like this notice that keyi de yi and the following dian are both just dipping down parts of the 3rd tone yet they are right next to each other. Key points: word grouping affects 3rd tone sandhi 3rd tone at the end of sentence doesn't have to rise like a skateboard ramp. ---because of what i just said above about 3rd tone being more like a "low" tone this perhaps can sound like a 4th tone at first, but once you accustom to taking a character and listening to how it is pronounced together with other characters then you can figure out the tone. Finally, if you ever ask a native Chinese or a longtime student what the tone of x word is you may see them quietly saying the word with the different tones to themselves in order to feel which one is right!

I agree with Barryh. Don't place too much emphasis on the tones. In normal conversation they seem to run together.