Forum Rocket Italian Conversation in Italian How do you learn to pronounce the r-l combination?

How do you learn to pronounce the r-l combination? 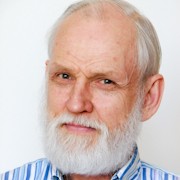 I am beginning to trill or flip my Rs. However, the "rl" combination, as in "parlo", defeats me so far, and I have not been able to find any help on the internet. I can do "par-r-r-r-r-r" just fine, but I can't put it together with a following "l". I understand that what is called for is a single flip, since those Rs are in the middle of words, but I haven't been able to do that.

In pronunciation, there is no better teacher than practice.

The hardest sound between the two is certainly the R. Maybe thinking of words such as battle and butter, with an American pronunciation, may help. The faint d sound is really similar to the R flip in Italian words.

Hi Stan,
I encounter the same problem with rolling my Rs in the middle of words.  Take a sip of water (or whatever wets your whistle) and then try.  I find it's easier to articulate across the board when the pipes are well lubricated, but the sip and roll works well for me!
Arrivederci!
Toni

Could someone who handles this combination (RL) smoothly report their tongue positions?

As a native speaker, I make the rl sound in parlo  with the tip of the tongue between position 4 and 5, where you can feel your palate is starting to curve upwards. It's basically the point between the first two (the one closest to the teeth) palatal rugae (those hard ridges on both sides of the hard palate).

Start raising and placing the tip of your tongue between them, very very lightly, then try to let the air flow above the tip, between the tip and palate. You may want to start with the unvoiced sound of R, as it should be easier. The tip must be relaxed and free to "flap", otherwise you will get the L sound (coming to that later), so make sure the air is not flowing from the sides of your tongue. Keep blowing more air and at some point the tip will start to roll and if you've ever seen Jurassic Park, the sound will vaguely resemble the one of a Velociraptor...
From here, try to go for the voiced consonant. You won't need to blow as much air for this one, but the little air will still need to flow from the tip of the tongue brushing against the alveolar ridge.

Now, with the rl cluster, it's a matter of going from a relaxed to a "tensed" tip of the tongue. Pronounce the R, let the air flow in one direction, then cut that flow by touching the palate (and stopping the tip from rolling) and the air will automatically flow through the sides, creating the L sound.

I hope this helps. The rolled R sound can be difficult for natives too, and some of us never learn it and resolve to using the French R sound instead.

Thanks for sticking with me as I have tried to understand what I needed to make the rl sound. This explanation works for me. The key was realising that the transition from the r  to the l  is simply a matter of touching my tongue to the ridge between sounding the two consonants.

I am still working on making this second nature. I am assuming that an r flip rather than an r trill is what is called for in parlo. In this situation the flip is proving to be more difficult than a trill.

I'm glad it was of help!

I can confirm that the r in parlo is indeed a flip, something like a "half trill". This flip resembles the faint "d" sound you get in words like butter, better and ladder with an American accent. Keep saying "butter" in a row until you get the grip on the sound, then maybe add a "lo" to the end to pronounce "butterlo" and the pronunciation will get closer to that of parlo!