How to say I shower once a week in itslian?

You can say (Mi) faccio la doccia una volta alla settimana. The mi part is between brackets because fare and farsi (reflexive form of fare) are both accepted here.

Hi, thank you for your assistance!

How about I go to Pasta Mania?
Is it vado da pasta mania or vado al pasta mania? How to know which one to use in this specific case?

Also, why are the prepositions for these 2 statements used differently? Can you explain? Specific to this example.

You can say both. Commonly you would use vado al Pasta Mania, but vado da Pasta Mania doesn't sound bad either.

The construction andare da qualcuno means "to go to someone's", to go towards someone. Often, it can be used for shop chains as well.

In aeroporto and dall'aeroporto mean two different things: vado in aeroporto is translated with "I go to the airport", and parto dall'aeroporto di Singapore means "I depart from Singapore's airport". So da, depending on how it's used in the sentence, can either mean from or to. The verb is the hint: with partire you are going away from the object.

meaning that pasta mania, zara, prada, moschino these names are not nouns, therefore we always leave out the article so it will just be Vado da Prada?

Yes, when using da + brand, no article is needed! 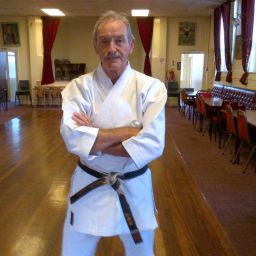 Faccio la spesa is I do the shopping, specifically grocery shopping. I know spese is expenses and not the plural of spesa but I don't know if you say faccio spese. Maybe faccio le spese?

Fare spese or fare shopping can both be used to translate to go shopping, example:
Non faccio grandi spese, meaning you don't indulge in shopping sprees - fare spese is used with clothes, shoes, furniture, TV's, etc. It's a general statement.

Fare la spesa, however, is specifically used for small, everyday shopping: bread, dairies, shampoo etc., it's more of a routine. I've never used fare le spese and it sounds a bit odd to my ear.

If you want to use spese with the meaning of expenses, you can say avere molte spese, to have many expenses.