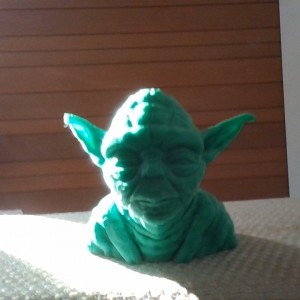 From lesson 7: Can you explain the the need for “elles” at the end of this question? I understand the noun follows the verb in questions, but usually having reversing the order would be a simple declarative. In this case, it would make no sense for elle to proceed the noun. 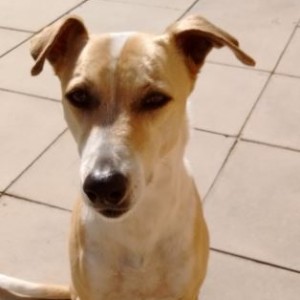 Could you give us the context? I think that will make it clear what the “elle” actually refers to.

This is a phrase to learn in lesson 7.6; sorry that I don't have any more context that given.

I found the phrase you are referring to:

Inversion is a type of question that is more formal where the subject pronoun and the verb are swapped and connected using a hyphen. For example:

The subject pronoun is ‘tu’, while the verb (conjugated) is ‘aimes’, thus they are inverted and joined with a hyphen. Okay, now that we have refreshed the rule, let's revisit the example:

Elles is the subject pronoun for people, referring back to the question header ‘how many people?’ Strictly speaking you could drop the ‘elles’, but the question would sound short and abrupt, and in that case you would add more context.

I'm curious about one aspect of these sentences that begin with a “question word” and then repeat the noun in the inversion.

In sentences such as, Combien d’enfants ont-ils ?, and Quelle heure est-il ?, the literal translation begs for the pronoun: How many children are they ? and What time is it ?

Alternatively, there are constructions like, Comment est-ce qu’Eric appelle la France ?, which uses est-ce que rather than inversion, and sounds very natural as, How is it that Eric calls (refers to) France ?

I know the inversion is considered more formal, but is it remotely possible that French speakers “hear” these questions similarly, or am I just Anglicizing this?

Finally, when is it permissible to skip the pronoun and invert the noun as in,

Yes, it is true that inversion is considered more formal than ‘est-ce que’, but there are many fixed expressions where the preference is to use the inversion (just like your example - quelle heure est-il?). Sometimes it is simply a matter of being quicker to say, or sounding better.

2. Preferred Format/Structure - it's up to you

I'm not a huge fan of the inversion, because it can sound too formal, however that completely on how you phrase the question as well. There are a myriad of ways you can do this, so I'm going to lay out a few below using your example.

If I understand your question correctly, I don't think in French we make such a big distinction between the two forms (est-ce que and inversion) in terms of literal meaning, like you pointed out with the English (How is it that Anne felt…? and How did Anne feel…?). Technically and literally you are correct, since ‘est-ce que’ is itself the inversion of ‘c’est que', but in reality it has no meaning at all and has simply become a question marker.

Essentially you can do this whenever, but the main driver is euphony. Here are the examples you pulled:

The first one hits my ear wrong because the verb and subject are inverted so you expect to hear some kind of liaison but that combo doesn't sound right. Sometimes liaisons are not used with names to respect the nature of the name.

The second one is grammatically fine, but putting the name in the middle, it forces you to pause either side of it, in order to pronounce everything (mainly the name) properly.

I would be inclined to go for the 3rd option. It has a better flow, is more natural, leans on fixed phrases and I would simply specify Eric's name at the end only if I felt it necessary.

I hope I understand your questions correctly and answered them accordingly.

Sorry for the delay. The forum has been broken for several days.

Yes, Mitchell, you understood my question exactly.
It doesn't make any difference to the French ear what sounds best to me in translation. It's a matter of developing the same appreciation that fluent speakers have for what sounds best in French.

Your examples are very interesting in that they're all apparently different ways of saying exactly the same thing. I thought about it and there's only two ways that I would reasonably expect to say/hear that sentence expressed in English.

It seems a big difference from English is that the interrogative is very often not, on it's own, sufficient to herald the question - usually needing inversion or est-ce que, as well. Your last two examples (regarding Anne) being exceptional in that regard.

It's not hard to appreciate the simplicity of est-ce que. So, Michael's original sentence would be,

Yes, I've had me frustrations with writing replies and not being able to actually post… fingers crossed for this one.

The examples you gave of passé composé and imparfait pertain less to structure and more to duration and position on the timeline; the former asking about her feelings at one point in the past (likely directly after the incident), the latter asking how she felt for a longer period of time following the event.

As for the format, we have perhaps less of a flexible structure in English. Largely, we would start simply with the interrogative ‘how’ or whatever it happens to be, and carry on with the inverted statement to create a question.

‘In what way…’ seems formal to the point where you might read it in a qualitative research project or perhaps you're trying to be very delicate. Maybe this is also dictated by country or region, but I would largely only use this structure now in an exclamation, rather than a question:

The final format which hasn't been discussed yet, is simply using a statement with upward inflection, or adding an elliptical ending. For example:

I think it is work noting that these are also commonly used in French, just as they are in English, but they are often skipped over and given less importance than the more formal or traditional question structures.

Yes, that is grammatically fine.

Personally, I would drop the ‘est-ce que’ and just use the verb by itself. That's not entirely correct and wouldn't be used in a formal setting, but colloquially there is a tendency to drop the formal structures and/or use statements or exclamations with upward inflection.

The use of inflection is quite common in the French lessons, and it's use is pretty straightforward. On the other hand, in English, except for the use of endings such as, “isn't it”, which tend to be leading questions imo, the use of inflection seems to me to be pretty well limited to rhetorical questions. So, using it in French instead of structured questions is something to get oriented to.

If you are already a member login here.
If you are not a member you can become one by taking the free Rocket French trial here.