A at the end of many words

I'm new, so I apologize if this has been asked before. I am seeing A at the end of many words in Hindi. I don't hear them pronounced in the sound files. Is this a software issue? or am I just not hearing the a being pronounced? 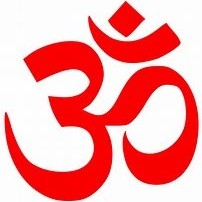 They explain the A in the first language and culture lesson. I'll quote it here:

In Hindi, the way the romanized word looks, and the way it sounds can be different. That's because the script used for Hindi, Devanagari, derives from Sanskrit. In Sanskrit each consonant character includes an 'a' sound, called the schwa. In Hindi the schwa is often not pronounced.
So, for example, if the word in the Devanagari script is नमस्कार, romanized that's namaskāra, but in Hindi it's pronounced without the final 'a', namaskār.

Thats confusing... but I guess that learning will come with time. Thanks.