Anata wa? why not Anata wa ka? or Anata ka? 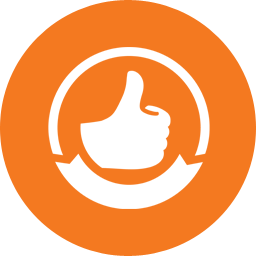 Sumimasen, I am alittle confused, I am trying to figure out how Anata wa? is posed as a question without the Ka?. For example... Sayaka: Konnichiwa, hajime mashite. Kenny: Hajime mashite. Sayaka: O namae wa nan desu ka? Kenny: Watashi no namae wa Kenī desu, *anata wa? * Sayaka: Sayaka desu. Kenī san, doko kara ki mashita ka? Kenny: Igirisu kara ki mashita. *Sayaka san wa? * Sayaka: Ōsaka kara ki mashita. Yoroshiku onegai shimasu. Kenny: Kochira koso yoroshiku onegai shimasu. The two bold lines are what I am refereing too. Is the the context of the statement that is able to define it as a question? I have only been at this for about a day and a Half so far and this is throwing me for a bit of a loop. From what I gather so far the ending with "ka" denotes a question. And "wa" is to signify the topic, and one that both speakers would be familiar with or previously was previously mentioned, as opposed to using "ga" with would be for a subject and one that is within a larger topic or not previously mentioned... I think! So how does the ending with "wa" specify it as a question? Thank you!

Konnichiwa! :D What an excellent question and a very important one as well. You are correct that the particle KA at the end of a sentence asks a question. So, the phrase *Anata wa * is either incorrect, or missing some words and of course the *KA* if it is a question. The answer is that in this context, it is incomplete. I'd like to introduce to you the Japanese way of speaking which is - dropping all understood words between the speaker and the listener. Sayaka: O namae wa nan desu ka? Kenny: Watashi no namae wa Kenī desu, *anata wa?* In English, this would be: _Sayaka: What is you name?_ _Kenny: My name is Kenny, *yours is?*_ Just as you do in English - _*yours is?*_ without any intonation at the end is simply stating a fact - like "yours is the big one" however, when it is said with a rising intonation _*yours IS?*_ - then it is clearly asking a question. In the example above, *Anata wa?* - _*"Yours is?"*_ has dropped the words _*"what"*_ and *_"name"*_ - that's *namae* and *nan desu ka?* So, the complete version would be something like: *__Anata __no namae __wa__ nan desu ka?* You will often hear Japanese people speak with sentences that consists of just an action word, such as: *_Iku?_* - which literally translates to _*"Go?"*_ but may ask the questions "Are you going?" I hope this helped to clarify the confusion. Gambatte kudasai! May your learning be enjoyable! :lol:

rljapan, Thank you for the very detailed answer. From reading your many other posts you really do a good job answering the many questions posed here. That leaves me one other question, and hopefully I am not way off with this one either. In the line "Watashi no namae wa Kenī desu, anata wa?" Why is the "mo" particle used opposed to the wa? From what I gather so far mo is like saying too or also. Watashi mo.. me too, or me also So it sounds like he is saying "My name is Kenny too, and yours?" Which doesnt make sense... unless Japanese have middle names and Sayaka's just happens to be Kenny? ;) So what is calling for mo to be used opposed to wa? thanks in advance! 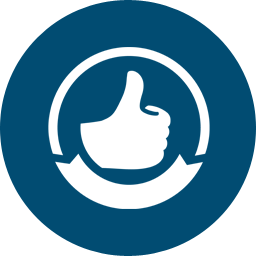 Konnichiwa! I think I can help. The line there is actually "watashi no" not "watashi mo". The "no" particle in this case makes "watashi" possessive, so it turns it from "I" to "my". Some other examples: anata no - your niisan no - brother's Kenī no - Kenny's So, to say "your brother's car", it would be "anata no niisan no kuruma". (I think)

Konnichiwa! Ahhh I see... I cant believe I didnt notice that. I must be studying too hard and should take a break! Thank you very much for pointing that out and explaining it to me. Argiato gozaimsu!