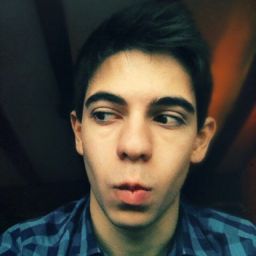 So all of the lessons (or at least all of the lessons I've done so far) use "anata" when referring to 'you', but in pretty much every Japanese song I've listened to the singers say "kimi" instead of "anata". Is this just so the lyrics fit in with the songs, or is kimi actually used as much as (or more than) anata? Thanks for any help! :)

Firstly, you should avoid *both* of them in spoken Japanese; in most cases you use the person's name & appropriate -san -sensei etc. Its actually quite rude to say 'anata' to your boss for example - and very rude to say kimi. In other cases where in English we would use 'you', you just omit it & its understood. I used to find this confusing, who are we talking about.... but you get used to it. Kimi is much more familiar and only used to people you know well, generally with the plain form, & I *think* its used only by male speakers. In the same circumstances the speaker would probably be using 'boku' instead of 'watashi'. Unless you have very close Japanese friends of similar age & social standing you would not normally ever use kimi. I'm not that advanced but *reasonably* sure of those points but would defer to more advanced replies.

As Hnrutt says, you're quite likely going to be using peoples names or just inferring "you" from the context. But I wouldn't exactly say avoid them in spoken Japanese. "Anata" isn't really going to be considered rude, even if it's hardly heard in conversation. "Anata" is probably your best bet if you just want to sound polite, and don't know the person's name. It's the standard "you" and it's used by both males and females. "Kimi" on the other hand is used mainly when addressing equal partners and subordinates, often suggesting familiarity. So you're probably not gonna address your boss with this one. When it's used in songs/anime/manga/dramas it's often used to address only a female, though this is not the case in real life. "Omae" used to address guys. Used only by guys. Very informal. "Temee/Kisama". Another one of those wonderful "yous" that's throughout anime etc. Very rude. Don't use it. There are plenty others, but those are probably the main ones. Again, people tend to either imply the "you" from context or use the person's name directly, but there's no real problem with using the Japanese pronouns for "you". Just be sure of your status relationship with the person, so you don't end up calling for your employer as "きさま！” In fact, I might just put the "I's" in here to to avoid potential queries. Watakushi: Super formal. Business keigo. Watashi: Polite. Used by men, but moreso by women. Atashi: casual for females. It's kind of cutesy; the "wa" changes to "a". Boku: Plain form of "I". Used in familiar company. Ore: Cool, rugged way to say "I" for males. Very informal. If you want to see all the possible ways to say "I" and "You", you could check out http://www.fuzita.org/jpculture/howmanyi/howmanyi.html http://www.fuzita.org/jpculture/howmanyi/howmanyyou.html

Ah, thanks to both of you! ありがたうございます！

Pascal - thanks, your Japanese is far better than mine! I perhaps didn't express myself very well. Where Ive been told 'anata' would be considered rude is in addressing a clearly more senior person whose name you obviously know, such as a 'boss'; you should then definitely use the name-san etc. Yes, my understanding was that otherwise 'anata' is OK. But it really does seem to me it is very frequently 'avoided' as compared to English, unless there is a real possiblity of ambiguity, as is watashi. So oh, 'Ashita, Tokyo he ikimasu ka' whereas in English we would almost always say 'Are *you* going to Tokyo tomorrow'. In Japanese the 'anata' would typically only be included if the impicit question was 'you rather than somebody else' as opposed to 'are you (the only possibility) going or not'. Is that how you see it? - I did run through that a bit back with a native speaker who agreed with it as a paraphrase of the usage. Many thanks for your frequent excellent replies.