The particle "o" and the honorific "O"?? 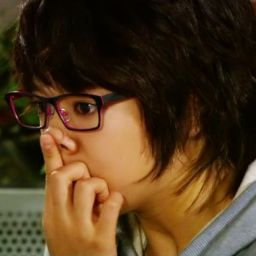 Can someone explain to me the O that makes words honorific and how you know what words to make honorific. Also can someone explain when and where to use the particle "o" to mark the object rather than using "ga". And what's the difference between o and ga, how are they used differently?

Ok, first of all, the main difference between the o's can be seen in writing: *Honorific o: お *Direct object marker o:を (the character is actually 'wo', but in romaji conversion and in conversations, it is pronounced as simple 'o') The difference is that お goes only before nouns in order to make them honorific (ocha, okane), while を goes after words (no necessarily nouns) in order to mark them as the direct object of the sentence. On the other hand, ga (が) is used in the same way as を, but it marks the subject of the sentence. が can also be used at the end of a sentence to mean 'but', just like 'kedo'. Here is an example: *kare wa watashi ga sasotta - I invited him -> I am the subject the makes the action *kare wa watashi o(を) sasotta - He invited me -> I am the object of the sentence, so basically I am the one being invited. ocha(お茶) o（を） iretemasuka ? - Can I put you some tea ? -> The first 'o', that goes before 'cha' is a honorific 'o', while the second one is a DI marker, making 'cha' the direct object. Unrelated to your question now, there also is another honorific particle, and that is 'go' (ご). It is used exactly the same way as 'o'(お). Example: Gomeiwaku -> meiwaku = trouble, go = honorific particle.

A couple things, The grammar in your "sasou" example is wrong. "Sasou" is a transitive verb which means it always has to have a direct object. This is important especially in Japanese where there are different verbs with the same meaning, but differ with respect to whether or not they are transitive/intransitive. Eg. "Chiru vs. Chirasu", which both mean "to scatter/disperse". So "Kare wa watashi ga sasotta" is grammatically wrong. If you're saying "I invited him", it'd be "Watashi wa/ga kare o sasotta". A better example might be "Watashi ga (kare ni) sasowareta" vs. "Kare wa watashi o sasotta", where in the first sentence, "I" am the subject, and "am invited" (passive, so both transitive and intransitive verbs can be used iirc), "by him", while in the second sentence, as you posted, "He", the topic, "invites ME" (direct object, marked with "wo", necessary for using "sasou" in the active voice as a transitive verb). Also, not sure about "iretemasu". Shouldn't it be "ireraremasu" if it's "ireru" in its potential form? Additionally, one should note that "go" and "o" aren't used interchangeably. Very often "Go-" precedes chinese-origin words, while "o-" precedes those of Japanese origin. For instance, "o-" precedes i-adjectives in polite speech, since all i-adjectives are of Japanese origin, while "go-" precedes most na-adjectives, since most na-adjectives are of Chinese origin, though some do take "o-".

Hitotsu: iretemasu is correct, as you can use ~masu after te form too and here it would be regarded as a 'should' in my example (my bad there with the translation). So I think each way is corect to use. Futatsu: thanks for the additional explanation on the honorific prefixes Mittsu: I need to check again some rules (didn't practice jp for a long time now), but I think some specific rules change when changing order of 'items' in your speech, though your examples are the classic, correct and and easy to understand. Sorry for that... -Offtopic- My Japanses has gotten a bit rusty, so if possible I'd like some expert advice on these errors than Pascal-san pointed out for me. Thank you :)

So I did some research and now I've found that "ga" can be used to mark the direct object in some situations, like with ~tai forms of verbs. Now I'm more confused, and would also like some professional advice on this =S

Konnichi wa minasan, Great discussion Rocketeers  :-) Very good point about the use of honorific 'go' (ご) Pascal! When it comes to the use of particles 'o' and 'ga' it can easily get confusing but with a bit of practice the rules will become clearer and knowing which particle to use will come naturally to you. Here's some pointers which will hopefully help you to work out when to use 'o' and 'ga'... Asking questions- when the subject of your sentence is a question word such as "who" and "how", it is always followed by "ga," never by "wa." When answering the question, the subject also has to be followed by "ga." Emphasizing the subject- You can use the particle "ga" for emphasis. This will distinguish a person or thing from all others so the subject marked with "ga" is the most important part of the sentence. On the other hand, if a topic is marked with "wa," the comment is the most important part of the sentence. Object marker を ("o") を is placed after a noun and used to indicate that the noun is the direct object. The object of the sentence is usually marked by the particle "o," but some verbs and adjectives (expressing like/dislike, desire, potential, necessity, fear, envy etc.) take "ga" instead of "o." As Pascal mentions, in the case of the ~tai form and with "suki" (a na adjective meaning liked)- "o" and "ga" are interchangeable. There's a good Wikipedia guide on the different particles here: http://en.wikipedia.org/wiki/Japanese_particles I hope this helps with your questions! - Sayaka san :-)