I wanted to make sure I fully understood the difference in meaning of the two phrases below in bold:

The following is used when asking someone's permission to do something for you (i.e. "will you take a photo for me" in module 2.2)
もらって も いい です か / moratte mo ii desu ka? - can I ask you to?  can I have you?

The following is used when asking someone to do something, not focused on "permission" (i.e. "will you come with me" in module 2.5)
くれ  ます  か /  kure masu ka? - will you do something for me?

If someone could please enlighten me on a more accurate differentiation, I'd really appreciate it :-) 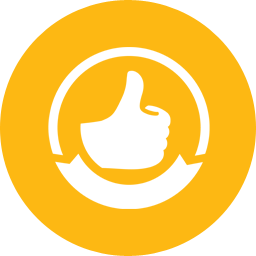 The difference between 「Te-form Verb + もらって も いい です か」and 「Te-form verb + くれます か」is subtle, but there is a distinction.
-「もらいます」means to receive, and as I mentioned above,  it is asking you can receive the favour of someone by them doing something for you.
-「くれます」 means to give, and it has to connotation of you asking the other person to give you something by doing something for you.

In terms of politeness, the 「もらいます」phrase is more polite, as asking if you can receive something is more humble (putting yourself below the other person) than asking for someone to give you something.

This explanation is very helpful. Would it be possible to incorporate it into the appropriate lesson? (I've added it to "My Notes" for module 2.7)

Thank you very much Crystal - that makes a lot of sense.

One of the things I'd definitely like to see added to Rocket Japanese is the "literal translation" as well as the approximate translation.  I'm finding that I'm going off on some very time-consuming tangents as there have been quite a few times where two approximate translations are identical, yet the words used are not, and you have no idea if you can interchange them.

This thread is a great example, because not only do I now understand the difference, but I also understand that "receive the favour" is a way of expressing something in Japanese, as opposed to not being typical in English.  It gives an insight into how the Japanese express themselves in their written language.