Language-Learning Myth #3 - Traditional Instruction Is the Key to Success

If you slip into my study, you’ll crash into a mountain of Spanish textbooks. You’ll have to step over Advanced Spanish Step-by-Step and Complete Spanish just to reach my desk, where it will take you more than an hour to sift through the half-scribbled worksheets, ink-stained essays and jumbled notebooks dating back to 2006.

This clutter is the result of seven years of traditional studies. And yet, if I traveled to Spain tomorrow, I’d struggle through basic conversations. My exams officially certify me as “fluent,” but a decade of learning from textbooks hasn’t prepared me for the unscripted, confusing and frustrating realities of speaking the language in real life with real people—which is what any language is for.

In contrast, I easily navigate Swahili at Kenyan markets, chatting with friends as fluidly as if I’m speaking English. Swahili comes second nature.

But here’s the thing: I’ve only studied Swahili for a few months, and none of that time has been in a classroom. Instead, I picked up the language from iPhone games and Sauti Sol CDs and coffee chats with my significant other; when I finally moved to Kenya, I had no trouble shifting in and out of the language.

But sitting in a Spanish classroom did teach me one useful thing: Traditional learning doesn’t work for me.


The Drawbacks of Traditional Learning

Unless they grow up bilingual, most people learn their first foreign language in school. By “learn” I mean “most people are subjected to endless vocab lists, painful oral presentations and eye-rolling group projects.”

And for most us, that language doesn’t stick. The words in our textbooks aren’t the same words being spoken on the streets of Barcelona, of Dakar, of Cairo. In school, a language is a subject to be memorized, not a skill to be sharpened.

Outside of formal schooling, many language-learning models don’t challenge this traditional structure either. Countless online or private courses invite you to pay several hundred dollars for access to live seminars and graded homework assignments. Even the Foreign Service Institute—the premier language-learning resource offered by the US government—offers free “courses” that consist mainly of photocopied textbooks. Judging by this, there’s a single correct way to learn a language, and that involves print-at-home workbooks.

But that’s just not true. Yes, some people might learn best from traditional education, but that’s not the only way to learn.

Repeat after me: The only “right” way to learn is the way that works for you.

Recently, we asked whether people can really learn a language in ten days. The conclusion? How you study matters more than how much you study.

To truly absorb a language, you have to learn it in a way that connects with you. Otherwise, you’ll spend a lot of time spinning your wheels, wondering why you’re putting in hours of elbow grease with almost no results.

For evidence, look no further than the Pareto Principle. This 80/20 rule states that 80% of effects come from 20% of causes. In other words, you’ll learn 80% of your target language from 20% of the activities you try. You just have to find that magic twenty percent—the surprising strategies that click and help you advance faster.

And to find that magic twenty percent, you might have to say goodbye to traditional methods that aren’t working for you.

Online, you can find simple vocabulary video games for just about every language in the world. Learn definitions while flipping cards, spelling words and saving a stick figure from the end of a noose.

But those aren’t the type of games that I’m talking about.

Yes, those games are great memorization tools, but they’re not great immersion tools. The best immersion tools are role-playing games that you play in your target language.

Meanwhile, on the BBC, Sherlock Holmes astounded super villains (and a viewing audience of millions) by reciting information so esoteric that no human should have been able to recall it.

How did Simon and Sherlock do it? By spending time in a palace.

A mind palace, that is.

A mind palace is a fun and imaginative memorization technique that puts you in the center of the language you’re learning.

Building a palace is easy. First, close your eyes. Imagine an elaborate building that you know well. Next, choose a word in your target language and create a vivid—and possibly ridiculous—image to remind you of that word. Visualize yourself strolling into a room in the building and stumbling across that startling image.

Now whenever you want to recall that word, just close your eyes and picture yourself walking through your building.

Tinder is good for more than just awkward dates. Dating apps like Tinder, Bumble and Coffee Meets Bagel allow you to chat with native speakers. This is perfect if you’re visiting a country that speaks your target language, as you’ll be forced to expand your vocabulary on the go.

So sign up for a coffee date with a boy in Budapest and practice your Hungarian idioms, or dust off your Thai slang in a bar with a girl in Bangkok. Hey, it beats a textbook, right?


4. Get lost in conversation.

When you’re hanging out with your friends, you don’t fret over every single word you’re going to say. You just speak naturally.

But if you’re like me, then when you’re called on in a foreign language class, you freeze up. Words that came easily on the homework assignment suddenly disappear from your mind. Your tongue trips over the vocabulary you obsessively rehearsed in your head.

Language-exchange sites like iTalki and Speaky fix that. They remove all social pressure by matching you up with native speakers to chat with. The speakers are also trying to learn your target language, so you both benefit.

Get instant feedback on your pronunciation, vocabulary and grammar. Learn slang and idioms firsthand. Get a feel for how the language really sounds, not from prerecorded videos but from the mouths of real people. And, best of all, develop a lasting friendship with someone on the other side of the world. You might meet your new best friend.

If you’re tired of classroom learning but still like structure, Rocket Languages offers the best of both worlds.

Listen and speak with interactive audio lessons. Immerse yourself in the culture with modules that teach not just what people say, but also why they say it. And work your way through writing exercises that you’ll actually use in real life. Each section also includes quizzes and games so that you can be your own teacher.

You can even record yourself to correct your own pronunciation and map your improvements over time (do this at your own risk; I listened to my original Arabic recordings and cringed).

Rocket Languages keeps track of your points so that it always feels like a game—the points also let you know exactly how well you’re doing at any given time.

Despite what you may have been taught in school, there’s no single correct way to learn. So try out everything, from video games to memory palaces, from dating apps to Rocket Languages to language exchange, and see what clicks. You might be surprised!

Good article.
I would also expand on different types of learners.  Some of us are audio learners.  We learn best by hearing the language.  Some of us are visual learners.  That would be your standard textbook learners.  There are 4 or 5 different types of learning.  And there are tools online that will help you figure out which method works best for you.
You can find out about those tools within Rocket by going to My Tools and My Advanced Learning.  There's a whole article on it.
I can't believe you missed a chance to plug one of your own resources.  :)

I find listening to the language helps me more. Sometimes if I find a Japanese TV show or song and play it over and over again I gradually can understand everything said from nothing at all from the start. 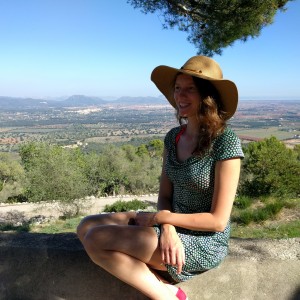 I don't agree with point 3, unless you are single and really searching for someone.
Otherwise you are just wasting someone's time.

Sometimes people (like me, for instance) just enjoy meeting and talking with other people, with no expectation of romance. If you are up front with prospective "dates" about your motivation, there should be no issue with using Tinder, etc.