Rocket Languages Blog What Are The Romance Languages and Why Should You Learn One?

What Are The Romance Languages and Why Should You Learn One?

The word "romance" stems from the Latin word “romant,” which means “in the Roman manner.” This is because the romance (sometimes also called "Romanic") languages evolved from vulgar Latin in the time of the Roman Empire. It makes sense, doesn't it?

Before you get too carried away thinking about cussing Romans, remember that the word "vulgar" in this case simply refers to the common speech used by common people at the time, also known as Sermo Vulgaris. This language was different than the classical Latin so often used in literary works. Since vulgar Latin had no official spelling, punctuation or grammar rules, it was easy for it to change and evolve rather quickly. Think of it like modern, colloquial slang: the only rule is that there are no rules. After a while, however, some words get used so frequently that we officially at them to our language.

As time went by, this vulgar Latin evolved to form the other linguistically related languages that we know today as the romance languages. Modern languages with ancient roots Languages have families, just like we do. The parents have kids, grow old, and pass away, leaving a surviving legacy. The children (resulting languages) then get married and receive the foreign influences from their new partners, resulting in a new language.

In this case, romance languages are the modern languages that evolved from Vulgar Latin, the colloquial language spoken in the Mediterranean region during and after the Roman Empire. These languages are none other than Spanish, French, Italian, Portuguese, or Romanian, to mention just the most spoken ones (for a full list, check out this detailed listing).
Despite their distant origin, romance languages are as modern as ever. As a matter of fact, nearly a billion people speak at least one romance language, with Spanish being the most widely spoken with almost 500 million native speakers.

Do you like going to the mall and getting a second pair of shoes 50% off? Could you imagine doing the same thing at the “mall of language learning” and being able to learn a second language with half the effort?

Well, this is almost possible in the case of romance languages. They're actually so similar that once you master one of them, you’ll have the foundation you need to learn the rest.
As you can probably imagine, however, this is truer in some cases than others, since romance languages are classified into different subdivisions and branches. Thus, Spanish and Portuguese (both Ibero-Roman languages) share most of their main characteristics, so it's easier to learn both of these languages without having to spend tons of extra time studying. If you speak Spanish and would like to learn Romanian (a Proto-Romanian language), however, it'll take a little bit more effort.

Why should you learn a romance language?

Learning a language is one of the most rewarding challenges we humans can undertake. This alone should be enough to encourage you, but if you're a skeptic that needs a few extra reasons, here's one for each of the five most spoken Romance languages.

Learning Spanish will allow you to visit 22 countries in Europe, America, and Western Africa, and communicate with almost 600 million Spanish language speakers. Think of how many people you can have a “romance” with in Spanish…

French is the language of culture, fashion, haute cuisine, art, theater, and dance, among others. Plus, French lent so many words to English during their "linguistic marriage" that you'll learn new French words even in your own language!

Portuguese is often underestimated by language learners despite the fact that it's the language of Brazil, the tenth greatest economic power in the world. The country of samba has grown so quickly during the first decade of the 21st Century that Portuguese could become the 7th official language of the UN. Why not get ahead and learn the colorful Portuguese language?

Learning Italian is beneficial for many careers in the arts, music, design, and archeology. But that's not all. Do you know what Ferrari, Armani, or Benetton have in common? They're all world-famous Italian companies (that need employees all over the world). As a bonus, if you learn Italian, you'll know what you are eating every time you order pizza or pasta.

Romanian is the bonus track of the major Romance languages. In fact, it’s the closest living language to Latin, so learning Romanian can be the gateway to exploring the world of the Roman Empire. Also, you can travel to Transylvania and go out for a drink with Dracula. Isn’t that cool?

Oh, and as a side note, they're all in the romantic language group. This is because a literary movement using romance languages emerged in the Middle Ages. The movement idealized life at the time and told tales about knights and heroes. This kind of literature grew to include all sorts of fiction, including love stories, and that’s why the word romance is associated with love affairs nowadays. 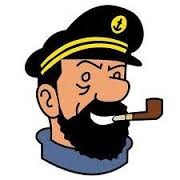