Listen to the audio version of "Learn French Online"

Renowned writers like Marcel Proust and Victor Hugo used French to muse about the meaning of life and art. French-speaking inventors gave rise to cinema, the hot air balloon and even the saxophone. French also forms the basis for numerous creoles, such as Louisiana Creole and Haitian French.

- A guide on learning French fast

Today, as an official language of 29 countries across the world, from Europe to the Americas and from the Caribbean to Africa, French boasts 277 million speakers. You can be the next one! It’s easier than ever to learn French online.

You might be a little nervous about getting started. Although the Foreign Service Institute (FSA) ranks French in its lowest language difficulty category, the FSA still estimates that you will need 750 class hours before you get a good grasp of French. It ranks alongside Italian and Norwegian.

But don’t let this scare you off! With the right tips, tricks, and strategies, you can cut straight to what you really need to know about French. Focus on what’s most important, and you can have conversations about politics, sports and culture in no time.

So what are the right strategies? First, throw out your wrinkled high school textbooks. No more boring worksheets, no more dusty flashcards. Your new language-learning process is going to be fun and dynamic - and it’s much faster than you think.

Get started with your French pronunciation

Tackle the pronunciation first - those sounds aren’t as tricky as they look!

The habits that you form at the beginning of your French-learning journey will stick with you to the end. This is a good thing! If you create good habits now, they’ll become second-nature as you reach higher levels.

You might be eager to skip ahead to having fluent conversations with native speakers, but take your time at this step. You’ll be glad you did.

That said, don’t pressure yourself to get everything absolutely perfect this time around. French has several sounds that don’t appear in the English language, and it will take a little time (and a lot of listening practice) before you can master them all.

Rocket Record lets you perfect your French pronunciation. Just listen to the audio of the native French speaker and then use the microphone icon to record yourself. Once you’re done, you’ll get a score out of 100 on your pronunciation and can listen to your own audio playback. (Use a headset mic for best results.) Problems? Click here!

Good news: you don't need to sound “perfect” in order to be understood. In fact, having an accent can come in handy. Not only does it signal to native speakers that you’ve taken the time to learn their language (which they often appreciate!) but it also encourages them to be patient with your mistakes. They may even provide handy tips to help you improve.

Now that you have the confidence to speak, ask yourself, which dialect do you want to learn? That’s right, there’s more than one form of French!

Because French is spoken all over the world, it will vary slightly from country to country - and even within the same country! Metropolitan French, which is spoken in Paris, differs from the musical Marseillais spoken in France’s second-largest city, Marseille. And once you look outside of France at Quebec and at former French colonies (the entirety of la francophonie), the differences in pronunciation, spelling and slang only multiply.

Region also affects vocabulary. In Haiti, for example, French has combined with African languages, as well as with Spanish and Portuguese imported by colonists. Meanwhile in Algeria, Arabic has been heavily infused with French.

There are countless French dialects - including 28 regional accents within France alone! The language you hear in Dominica will sound worlds away from what you would hear in Lebanon.

Look at an overview of French pronunciation, such as the one here, to find a list of words and sounds to help you practice. Try out the shadowing technique to learn where the stresses fall in each word, even if you don’t understand what you're saying. Compare a recording of yourself with one of a native speaker, or swap the recording with a partner for advice.

Check out our guide to learn a bit more about French pronunciation. 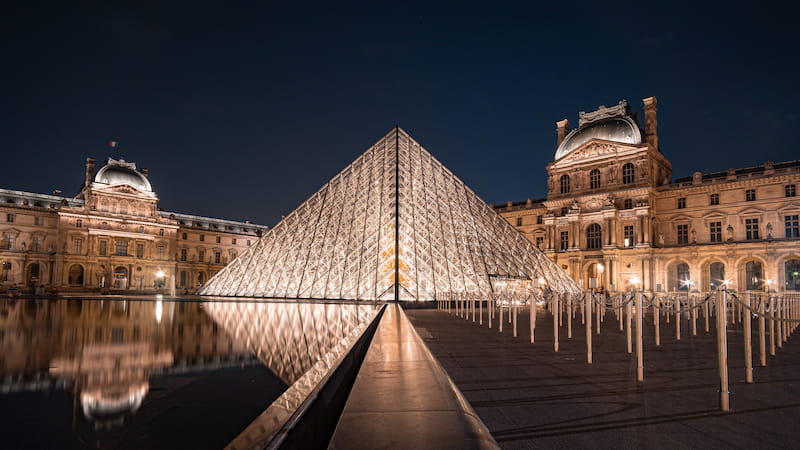 Get familiar with the French alphabet and spelling

One of the most beautiful parts of French is also the most intimidating - at least at first. We’re talking about orthography, or the way that French is written. While French is a beautiful language, spelling can be a bit tricky.

That’s okay! We have good news: the alphabet is actually fairly easy. You can pick it up in just a few days, if not hours. Take a listen below:

To learn how to write the alphabet, including proper hand placement, take a look at a simple guide, grab a blank sheet of paper and get ready to draw.

It’s okay if your spelling feels a little shaky at first - you’ll master it in no time.

Check out these links to practice the French alphabet and accent marks a bit more.

After that, move on to months and days of the week. This will help you make plans with those new friends you just made!

Then get a little more descriptive. Learn about food. Chat about people. Describe the weather. Practice by looking at your surroundings and putting French words to the things you see every day. If you like working with your hands, go a step further by slapping sticky notes on household objects.

Soon you’ll be able to think directly in French without translating, which is how you know you’re on your way to proficiency!

Check out our series of free audio lessons on useful French vocabulary. 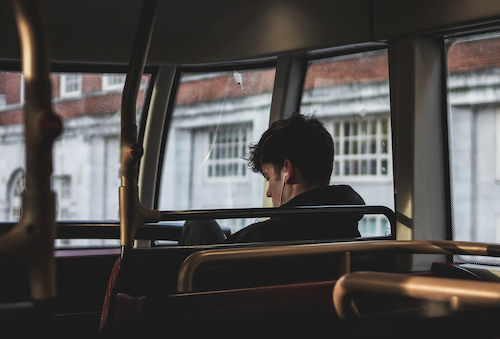 Plug in your headphones or charge up your earbuds. It’s time to learn on the go! The best way? Audio courses and podcasts.

With the Rocket French Interactive Audio Course, you’ll listen to an everyday dialogue between two native speakers. A French teacher will break down each line of the dialogue so that you fully understand what’s happening. You can use what you learned the next time you’re walking through Lyon!

While you’re at it, check out a few French podcasts. Don’t worry, you don't have to jump straight into a native-level news program. Start with a slower-paced show made for learners. You don’t need to understand every single word right away. That will come in time.

The first time you listen, focus on getting used to the sounds of French. Learn simple things like where one word ends and another begins. See which words you recognize.

The more you listen, the easier comprehension will become. As you pick up more and more French words, start trying to gather meaning from what you hear. Do some words keep popping up again and again? Look them up! Make a list to review. Things will click into place.

Bonus tip: Choose a podcast about something that interests you! That way “studying” - whether it’s in your car or during your morning jog around the block - won’t feel like work. Simply press play.

Check out this sample audio track from Rocket French:

Grammar isn’t just a system of strict rules that determine what is right and what is wrong in a language. Grammar is like a secret key to unlocking a language: at its core, it’s simply a handful of patterns that repeat themselves. The more you practice, the easier you’ll learn the patterns, and the more natural they’ll feel - and therefore, the easier it will be for you to speak.

Because the same patterns repeat themselves over and over, learning just the basics will get you pretty far. So don’t get intimidated by advanced grammar rules. You don’t need to master the past anterior, for example, in order to be understood. You can have a complex conversation just by grasping and building on the fundamentals. 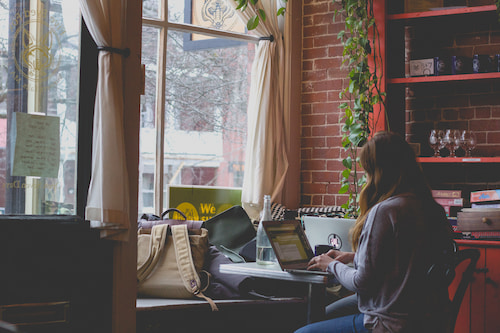 Make effective use of your French study time

It’s not how much you study, but how you study that matters.

Work smarter, not harder. That’s the key to success in every area of your life, especially with language learning.

To make the most of your French study time, try these hacks:

There’s nothing more frustrating than spending an hour learning vocabulary, only to return to the words a week later and realize you’ve forgotten them all.

To learn effectively, take advantage of the spaced repetition system. This system says that instead of just once, you should review your vocabulary words at intervals based on how well you know each word. Review unfamiliar words more often, and familiar words less often.

Ready to start? If you’re ready to start learning French online, start your journey by exploring all the resources Rocket French offers with a free trial.

Try our Rocket Reinforcement activities below! These activities are scientifically designed to improve your knowledge and retention of French.