is izzquierda used in conversation for left 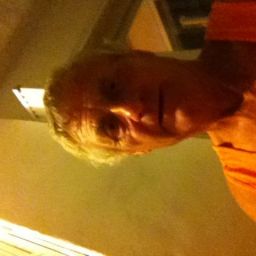 are their two different words for (left) in spanish

Izquierda means left (the opossite of derecha or right). If a person is a lefty we call it "zurdo" or "zurda", also there is another word "siniestra". In some ocassions they use "diestra"(dexter) for right and "siniestra" for left, but 'siniestra' or 'siniestro' also means, well, sinister. Izquierda also means, left-winged, like in a political sense.

Izquierda is your left side and derecha is your right side.  "Dobla a la izquierda" means turn left.

le dejé los niños a mi madre - I left the children with my mother.

Thanks George. I have a difficult time with the verb dejar. I see and hear it so much. Last night during the Lenten Reflection in Spanish, I heard the conjugated verb dejar several times. The leadership last night was forcing me to wear a headset. I refused. I was pleasantly surprised that I got the gist of the two hour presentation. So for the next 4 weeks, I would attend and see what happens. It actually motivates me to continue with RS. I wish I could understand how 4 or 5 of these participants can accumulate mega points in February. I thought my 1000 points a day is already a lot. Now my 1000 points doesn't even get me in the Leaderboard.

So what did we prove?  That the English word “left” has several meanings.  And, there is no single Spanish word that encompasses them all.  Dejar and Salir each address different meanings of left.  In fact some of the meanings of Dejar don’t translate to left.  I thought it would be fun to use Dejar and Salir in the same sentence.

dejar que to wait until
dejó que acabara de llover para salir he waited until it had stopped raining before going out.

Good point, George. I was going to say that salir and dejar have different meanings but you beat me to it.

I think dejar is to leave someone or something behind, and

salir is to leave a place.

I have been spending some time in Miami and it seems they are many Spanish accents,origins. Which countries spanish (latin America)seems to be the most pure,opinion?

Hugh: I talk with a student from Peru weekly. she has told me that she thinks the accents of Colombians is beautiful, and is also very clean. I have been talking with native Spanish speakers on Skype lately, and I am beginning to see that for myself. Argentinians seem to be very difficult to understand, as are Venezuelans. Colombians seem to be easier to understand.

I compare this to the various accents of British, Scottish, Irish, American, and Australian English, as well as the regional accents here in the US.

Both pf our priests at my local Parish are Argentinians. I can understand the Pastor better than the parochial vicar. I listened to both of them for a couple of hours and I understand them.

There is a unit in the Platinum course on Buenos Aires and there is a very particular accent there (nasal, different words, ...). So when you talk about Argentina, it's probably like talking about the US East Coast - there is a general accent which is generally understandable and then there are regional accents : New Jersey (i.e., Bugs Bunny), Boston (classy - well, ok, think jfk), ...

I agree, Steven. Making generalizations can be dangerous.

Right now I am watching my favorite Spanish TV show, "Naturalmente Juliana." The host, Juliana Lopez May, is Argentinian. I notice that when she says words with an S in them, such as está, the S almost takes on a  hard C or J sound almost from the throat.

Maybe our Argentinian priests adjust to the congregation. Most of the people from our church are Mexicans. When I go to my church, it becomes a foreign country, probably more Mexican flair than Argentinian. In fact in our class at the senior center, the instructor gave examples about describing "curly hair" and "oven" in the kitchen. How different it is from different latin countries.

I love all this topic on accents. I find it to be very interesting and I have participated in a couple of older posts regarding this subject.

I had to think a bit outside the box and think as if I was not a native speaker, trying to learn spanish and came out with this list. Before I present the list from 'easiet' to "difficult" I will just add some background.

As some of you already know, I was born and raised in the northwestern part of Mexico (Baja California...Tijuana to be precise) In my city you can easily find in the street all of the accents of Mexico, because our city was founded mostly by people who came from different parts of the country. But still , the "Tijuanenses" have a distinct accent, which can be classified as "Norteño" (northern) accent, even if this is a very broad  and general classification. So , in a very very general way we can say the main accents of Mexico are...Norteño( northern part of Mexico, most famous one is from Nuevo Leon), Sureste (southeastern part of Mexico, the most famous would be from Tabasco, yeah! like the hot sauce), Central or Altiplano or chilango( most famous one, Mexico City's accent, consider by other spanish speakers as "mexican accent" seen in movies) and Costeño (from the coast, and probably Acapulco would be the most representative). Anyway, just within Mexico, the list would be something like this (from easy to difficult)

Now, for my list of other spanish speaking countries, I will not divide them in regions or cities, since I would need around 3 weeks to finish it, but in general I would put them in this order, again, from easy to difficult.

These 3 are probably the easiest.

In the mid-difficulty I would add some accents such as some Ecuatorian accents, Venezuelan and Cuban. Also, the accent from Medellin,Colombia is kind of slow, but the pronunciation makes it a bit more difficult than Bogotano, for example. I wil add mexican norteño here.

These 3 are a little bit more difficult,

I will add the accent spoken in Chile's capital, Santiago, the one from Montevideo, Urugay and Madrileño, from Madrid, Spain. also a bit difficult, sometimes fast and they tend to leave some letters of pronunciation.

Well, I might add some others later, for now is what I can think of.

I assume the "acento andaluz" is the Andes region and would include parts of Bolivia, Argentina, Chile and Peru.  Is this correct?  Or am I way off in thinking the Andes mountains?

Hi, these accent conversations often enlighten me when I read them, which isn't very often. I learned a little bit of the spanish language from my Mexican uncle and aunt whenever they came up to visit with family, and the way that they taught it to my brother's and me caused to gain a desire to learn more of it as I got older. Learning about the various accents and the different pronounciations has definitely helped me a lot.

The "acento andaluz" is not from the Andes, but from a southern region in Spain called Andalucía (Andalusia in english). The capital city is Sevilla, and you can also find some other famous places such as Granada and Málaga. Also , here is where you can find the Strait of Gibraltar, which is extremly close to Morocco in the African continent, thus making this Spanish region a multicultural spot. Many things that are considered typical Spanish for the rest of the world, are actually andalusian, like Flamenco dance and Bullfighting.

Also a fun fact,did you had a chance to see Shrek's Puss in the boots (El gato con botas)? Well, this character was voiced by Spanish actor Antonio Banderas (both in the english version as well as the spanish version) and who happens to be from Málaga (Andalusia) and of course, the Cat has a very distinticve Andalusian accent (specially in the spanish version).

Another fact is that most types of  Spanish dialects (spoked in the Americas) share some fundamental characteristics with Andalusian Spanish, such as the use of "ustedes" vs.  "vosotros" (for the second person in plural). It is probably the most influential of modern spanish spoken in our continent since apparently most of the spaniards that arrived to the new world where originally from Andalusia.

Finally, the Andes mountains indeed are located between all the countries you have mentioned, but it is not related to the Andaluz accent.

Thanks for the trivia, Cristian, I had no idea Antonio Banderas is from Málaga. I someone had the impression he was from Mexico - probably from watching Zorro...

I was just about to write the same thing, that I thought Antonio Banderas was from a Central or South American country. I really enjoy his acting, and was astounded to hear him sing the theme song from The Phantom of the Opera incredibly well.

He is my second favorite Spanish-speaking actor, after, of course, Salma Hayak, who is Mexican by birth. She and Antonio were great partnered up in Once Upon a Time in Mexico.

Salma Hayek is from Veracruz, in eastern Mexico, but also has some Spanish and Lebanese blood,and also she is an american citizen, so Mexican-spanish-lebanese-american hahaha

Cristian - in my Spanish immersion lessons this week the tutor acted out 'Puss in Boots' for us to guess, I knew the correct name purely from reading this thread!! Gracias!

I'm glad my comment help you get the correct answer haha!.