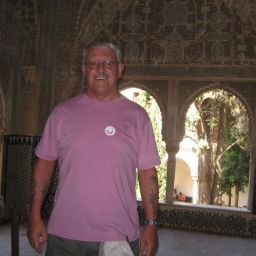 I am guessing that MEGA SPANISH no longer exists.  Is this something you installed from cdrom?  Also, keep in mind that they got rid of their flash implementation and moved over to html5 so some of the older features (like games) were deleted.

There is another thread going about Mega Games. I'm guessing that was the same thing, and as Robert said, it disappeared with the new release.

I personally never used the games as I didn't think I was learning much from them.

I also think that RL is a great base learning tool, but that other online (and usually free) resources should be utilized to make a well-rounded program. For example, I practice my verbs using Quizlet. I use a site called Practical Spanish for listening and reading practice. I watch episodes of Destinos. And I Skype with native speakers as often as possible. There are some other resources such as Yabla and News in Slow Spanish that I would like to use, but can't quite justify the added cost of them.

Hi all - As Dan mentioned there is another thread re the MegaGames, however, just briefly, they were a downloadable executable file that people could run from their desktop. For most people they haven't been available for over 2 years. We could no longer provide support for them. They were then replaced by the Master Games, which, due to them not being app-able, we discontinued after the last release.

So, now we have the FlashCards, which will be given similar functionality to Quizlet over the coming months. And they will be added to the apps.