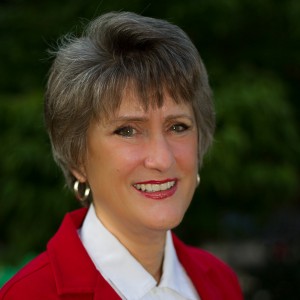 Thanks for your question!

Let's analyze each sentence to understand their construction better:

- "Gliela" is an abbreviated form of "gli" (to her/to him) + "la" (it, a pronoun referring to the thing that you are asking). This term remains the same in both sentences since, in both cases, the subject of the verb is still asking "it" (la) "to her" (gli).

The main difference between the two sentences is, therefore, the conjugation of the verb "to ask" (chiedere): (io) chiedo is "I ask" while (tu) chiedi is "you ask".

The other difference is that the first sentence is affirmative while the second one is negative.

Hope this clarifies your doubt, don't hesitate to let me know if I can help you further :)