Forum Rocket German Conversation in German I am full.

Many years ago, I was asked by a waiter in a German restaurant if I wanted dessert. I replied, "Nein, danke, ich bin voll." A teenaged girl at a nearby table immediately went into hysterics. I was deeply puzzled and irritated. The mystery recently was solved when a fellow passenger on a river boat in Germany, who had worked in Germany as a school principal, said; "You know, you don't ever want to say "Ich bin voll, because it means I am drunk." One should say, "Ich bin satt ( I am satisfied)" or if you want some emphasis, "Ich bin richtig satt." When I told this story to a German native at a German Club meeting, he replied, "Ya, Germans love it when an Auslander says that." I would love to hear stories from others who have made similar mistakes..

Hi Tad, Sorry for the delay. It is really not that of a mistake and I have used 'Ich bin voll' myself to express the same. As far as I know it depends on the context but it could also differ depending on the region. Greetings Paul 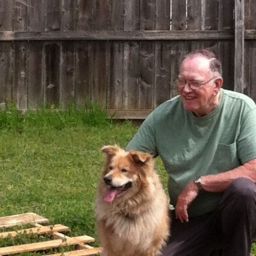 My wife, born and raised in Germany concurs with the "Ich bin voll" as referring to drunkenness, stating she has never heard anyone use it as at mealtime but rather the common expression is, "Ich bin satt". She is from Wiesbaden/Frankfurt area

Hi Marvin, I have never been laughed at for using the phrase. I also asked people living in Berlin and Hamburg so it must depend on the region. Cheers Paul

I had heard that it is also a euphemism to refer to pregnancy. Is that true?

The phrase 'ich bin voll' first of all just literally means 'I am full'. It can be interpreted in several ways and is not specified on only one meaning. This is what the German Duden says: - in such a state that nothing or hardly anything fits in, completely filled, covered, occupied or similar. - fulfilled, imbued with - (casually) completely drunk - full, rounded - in stronger, richer development How is 'I am full' used in English?

Hi Paul, It is used in all the meanings you mentioned, except I have never heard it used to mean "drunk" in English. I'm sure there are all kinds of appellations in German as there are in English to describe drunk, e.g. stewed, pickled, wasted, smashed, hammered, blitzed and many others. Also, in English the expression, "you're full of it" is a slightly toned down way of saying "you're full of sh*t" meaning you don't know what you are talking about or that you are deliberately trying to mislead someone. I guess the lesson for us German students is that it's OK to say "I am full" meaning we've had enough to eat, but depending on local idiomatic slang it might also mean something else. I guess if it makes someone snicker, no harm done. It's not a major faux pax pas.

I think it is very easy for Germans to recognize foreigners even without speaking. When I was over there and wore a T=shirt under my outer shirt, everyone knew I was an American but if I wore an open collar with no shirt underneath, they thought I was British. Interresant, nicht wahr? If the girls did snicker, it may have been regional, but also may have been because they recognized him as a foreigner attempting to speak German Teens sometimes don't have the emotional maturity to just ignore it as would an adult. Just my .02 cents worth.

Paul, Regarding your question as used in English. The only time that I personally would say it would be at Thanksgiving time or some other time of overeating, ie, "Man, am I full!" (most times with a non-verbal as in patting the stomach) and then perhaps with a follow-up as "I think I ate too much." Hope that helps.Another may use the expression differently.

Yes, that was also my impression that in English the expression is mostly used for overeating rather than just satisfying the hunger feeling and certainly not for being drunk. In German the phrase has several meanings and has been used in the right way here. That teenager probably didn't get the content of the whole dialog and reacted in a way teenagers do. It can make you feel insecure speaking a foreign language at times but it is important for the learning process not to let yourself get intimidated and get stuck with details.

Regarding Marvin's comment on clothes, I think tourists, are less noticable based on clothing than they were say 10 or 15 years ago. Of course, baseball caps and sweatshirts with team logos are kind of a give away, but other than that, not so much. We toured Scotland last summer and met all kinds of tourists from America, the U.K., Asia, and Europe. The uniform for guys seemed to be cargo pants or shorts, some kind of athletic shoe, T-shirt and wind breaker. I think that's probably due to the global economy. Brands, e.g. Nike, Polo, etc. are now world wide.

I live in Scotland. Here it is quite okay to say "I am full" or "I am full up." meaning I have had enough to eat, not necessarily I have had too much. It is also common to say "He's fou'." Fou' being the Scottish pronunciation of full and meaning he's drunk. It would sound very odd, tho, to hear a non-Scottish person say that and I have never heard anyone say "He's full" to mean drunk.

Sometimes at Thanksgiving or after other really big meals in the U.S.A  someone may say "I'm stuffed" or "I'm completely stuffed."  "I'm full" is much more common.
At Thanksgiving "I'm stuffed" is a double entendre as one also "stuffs" the Turkey with breading, or what we call "stuffing."

Speaking of double entendres one could also say as slang for being drunk, "he is sauced," or "he is totally sauced"  making a humorous double reference to the many sauces one has on Thanksgiving such as cranberry sauce, which I do not know if you all have in Europe.

I was in London one Thanksgiving Day and only then realize the U.S. is the only country to celebrate this.  The U.S. Embassy recommended a club frequented by U.S. diplomats as the only place in England they knew off where one  could get a Thanksgiving Day feast.

It was in fact wonderful how hard the cooks tried but somehow they got a lot of things totally wrong. For example, the first course came out and the server proudly announced, "now for the traditional pumpkin soup."  For the benefit of anyone who may not know, the tradition is to have pumpkin pie as the desert course.

It was though the best and only pumpkin soup I've ever had.

P.S.  I know Mochten should have an umaut, but I do not see that capability in your dialog boxes.  Perhaps, you development team can add that to future improvements?

Incidentally, I seem to recall a clip in which an English lady, on a hot day in Germany, said "ich bin heiß", which produced a round of laughter from the people nearby.
To her embarrassment she discovered later that the expression has the colloquial meaning "I'm feeling randy/horny".
What she should have said was "Mir ist heiß".
One to remember!
(For other amusing mistakes see
http://www.bbc.co.uk/languages/yoursay/lost_for_words/german/too_much_information.shtml )