placement of ist and es in the sentance

in one of the lessons, "Heute ist es geschlossen" is referred to as "Today it is closed" But "Heute(today) ist (is) es (it) geschlossen (closed)" can be the question i.e. "Today is it close", like in englich. So my question is does the placement of ist and es changes the menaing of the sentence here or can it be placed anywhere?

One could make the statement "Heute ist es geschlossen" into a question a couple of ways. One would be, as in English, to change your voice inflection as you say it to make it clear that you are asking it as a question and not as a statement. Another would be to add the expression "nicht wahr" to the end of the statement, and that would clearly indicate you are asking a question. "Heute ist es gescholossen, nicht wahr?" would be the way to say that. "Nicht wahr" is the equivalent, more or less, of "isn't it" in English.

Remember the rule that the verb is supposed to be the second part of a declarative sentence. So, "Heute ist es geschlossen" is a correct statement. To make it a question would be, I think, "Ist es Heute geschlossen? The subject in either case is "es", not "heute Bob's suggestions work as well.

Bob and Byron, Thank you so much for the tips and information. Really appreciate. It is so helpful. 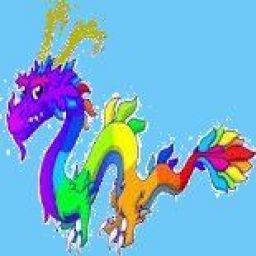 I have no idea.

But would it be wrong to say 'Heute es ist geschlossen' ?

Yes, I think it would be wrong, but as usual, Paul has the final word. My understanding is that for independent clauses, the verb is always the second element of a sentence. However, an element may consist of more than one word. The rule for dependent clauses is different as the verb always comes at the end. There is an exception to the verb rule and that is if the sentence starts with an interjection or name, something that would be offset with a comma. For example: "Nein, der alte Mann kommt nicht nach Hause." "Maria, ich kann heute nicht kommen." There may be other exceptions. I'm sure Paul can help set us straight.

So what about 'Ist es heute geschlossen' or 'Ist es geschossen, heute' ?? My problem is 'es ist' or ist es' and why. Same as the original questioner.

Does this inversion of es and ist in this sentence happen following a time statement? As in Heute. I know that in casual speech people say 'Habe ich' when they mean that they have done something. So is it similar to this?

When you are asking a question, the verb comes first. "ist es heute geschlossen?" is correct. Although your second sentence is correct regarding the verb order, I believe it is incorrect regarding the rules for time, manner, place. You can double check the lessons for that. There are lots of rules and the order depends on whether the statement is declarative or interogative, whether the clause is independent or dependent, the TMP rule, and then exceptions like the one I gave earlier, plus situtations in speech where the first element is left out, but it is understood without being verbalized. German grammar is tough! The lessons cover only the basics. If you Google you'll get more specifics. However, I am certainly not an expert and I don't understand all the rules and exceptions, so we should let Paul comment further.

<p>Hi there,</p><p>Byron is right. "Ist es heute geschlossen?" is the correct way to ask. Like in English German questions start with a verb. The answer could be:"Ja, heute ist es geschlossen" or "es ist geschlossen heute".&nbsp;</p><p>If you do feel insecure formulating a question you could as Bob suggested ad "nicht wahr?" at the end of the sentence.&nbsp;</p><p>Gruß</p><p>Paul<br></p>

Thank you Paul but my problem is not how to formulate a question but 'heute ist es geschlossen' which to my English speaking brain sounds like a question but is in fact a statement meaning 'It is closed today' So the es and ist are inverted and I don't know when to do this to create a statement and not a question. The example you gave puts the 'heute' at the end of the sentence rather than the beginning. I wonder if this has something to do with it?

<p> </p><p>That is correct Byron! Now I understand your confusion Graham. Adverbs are in general placed next to the words they are referring too but if you place them at the start you get the same structure you would use in a question.&nbsp; <br></p> <p>Example:</p><p>"Heute backt Mutter Kuchen" - "Today mum bakes cake" or "Mutter backt heute Kuchen"</p><p>Although the sentence has a question structure it is also a statement for the verb is not in first place. <br> "Backt Mutter Kuchen?" - "Is mum baking cake?"</p> <p>Lieben Gruß!<br> <br> Paul</p> <br><p></p>