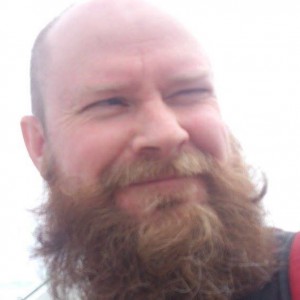 Have you tried youtube? I know there is some beginner level shows as well as music.

Yes, thanks for responding.  After writing this post I discovered a treasure trove of German language films on Youtube.  My girlfriend-life partner and I have been watching a really well produced comedy --German instruction show called Extra that has a fun format modeled after American comedy TV shows like Friends.

Also, a few days ago  we watched a German psycho-drama by Fassbinder called "Jailbait." that was intense but very well done.

We've seen trailers of a film called "Lola Rennt" that looks really interesting that is one my list to obtain, but I will probably have to buy it via regular mail, as I have not yet been able to find any DVD stores that carry German language DVDs in the Cape Coral, Fl area.  This is perplexing because Ft Meyers, which is just across the river has an enormous German population for some reason, and it has became a popular tourist destination for Germans.

I've just signed up for the local German club which has 340+ members. From their internet site it looks like mostly ex-Pats from as far down to Naples. Fl.

The cool thing about the show Extra is that although it looks like a regular TV comedy show about 4 20s something kids, three fluent Germans and one barely conversant American who is trying to learn German, it is actually a German language instruction program that has English sub-titles and then a review at the end where the key concepts introduced in the show are reviewed with a written "main-titles."

If we had more people here interested in this kind of thing, I'd love to start a chat-section about it, but I don't think we actually have a critical mass.

I am really amazed at the language resources available today.  I wish we had had these when I was in High School.  Learning a foreign language today looks so much easier.  I wonder if there are any statistics showing a big surge in the number of people learning foreign languages?

Thanks errant-italian-knight.  I presume you are learning Italian?

Yes, I have watched that show you mentioned. I thought it was a good show to learn from.  There is another show called "Easy German", it is conversational level.

I was quite involved with medieval reenactment for many years, which is where the errant-italian-knight name came from. I also studied some medieval history & art history at uni which was fun.

I am from Australia and one year ago I met 2 very nice people from Germany and became friends with them, which is why I started learning German. I would like to visit them in Germany for a short holiday.

I am not sure how to contact other members yet but I would be happy to give you my skype id and maybe we could practice together. Though the time zone difference could be a challenge.

Deutchland 83 is a good show if you can find it. It is on UK channel 4 but I guess you cant watch it in the US without a VPN. It is about a young east german soldier forced to work as a spy in the west.
http://www.channel4.com/programmes/deutschland-83/on-demand/62893-001

I agree with sfpugh Deutschland 83 is a terrific series. My German husband thought it was great and he is very scathing about the quality of German TV. !!!!
I also found a great German 'Rom Com' the other night about a Turkish woman who had grown up in Germany and was having to negotiate dealing with her traditional parents trying to marry her off.  Bit cliched but it was fairly light and fun. I am a pretty basic learner but it was such a simple story line I managed to understand the gist of it.
I watched it with german subtitles which I find useful as it helps me understand what is being said.
An italian friend who learnt English swears watching English musicals helped him no end !