Forum Rocket German German Feedback and Comments Is anyone else having problems with the voice recognition?

Is anyone else having problems with the voice recognition? 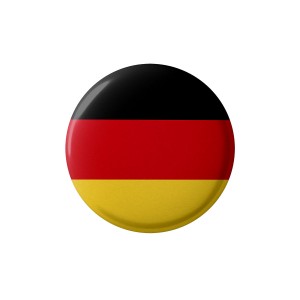 My experience is that the voice recognition is not very good at numbers and especially times of day. Also things like "Hmm" or "Äm" are almost impossible. It is also confused by "ß". In the course they sometimes use ß and sometimes ss when ß is strictly correct and this causes issues.

I have also found that the microphone makes a difference, I started with a logitek USB headset  which worked reasonably well, that packed up and I used a small lapel microphone on the mike socket. This was not so good and I could tell from the replay that it wasn't good.

Now I am using a Microsoft Lifechat LX3000 USB headset that is supposed to be optimised for communications. It seems to work the best of all for voice recognition and with very clear audio on the playback. At least it would be clear on playback if I deactivated Norton Websafe. This cases a horrible stuttering effect, but doesn't affect the voice recognition.

Thanks for the reply.  I am using a gaming (Corsair) headset and the microphone works well.  I have the level of the course set to easy but certain words just won't pick up well.  I have completely bastardized some sentences and I get a green 100% even though on playback I can hear I am way off.  On simple words like "hals", "zehn",  "zeit", or "kurz" I keep getting a yellow 40 or 50%.  The program is overall better than the other subscriptions I have.  Just wish the technical capabilities were better.
Vielen dank

Have you tried talking to customer service about it? I never found any problem with the words you mention. However I have found that it can be very fussy about some things while completely ignoring  gross error.

I think I heard that the voice recognition is contracted out to another company, ?Google.

On the difficulty level, I have not been able to detect any difference between the  easy and difficult levels, I am not certain if it does anything at all.

I have the same problem,  some phrases just don't pick up even when my pronunciation is spot on, and then it gives me 15% accuracy when it should be 100%

I still have the problem but nothing seems to be done so I stopped complaining.  In defense of the Google Speech-To-Text I did mispronounce a few vowels which skewed the accuracy, but overall the recognition engine needs tweaking.  What really irks me is when I press the play button to hear the word or phrase in German, and I make it sound EXACTLY like they do and I still get it wrong.  Then I go to Google translate and discover that the speaker on RG is saying it wrong.  If I pronounce the word correctly it gets picked up and I get a 100%.  If you want to really practice speech I would recommend GermanPod101.com.  They ONLY use native speakers, and you can play the sound byte at full or half speed.  They also show the audio wave output of the native speaker AND your attempt at speaking.  This has HELPED me tremendously in proper pronunciation.  I subscribe to GermanPod101.com and RG for a better overall experience.

Appears this problem has not gone away, at least not entirely.  When voice recognition first became available several years ago, I found it very inconsistent and therefore very frustrating.  I'm afraid I let it frustrate me so much that it actually interfered with my learning.  Now, coming back to it after some time off, it seems to be better but there are still problems.  I agree with sfpugh that it is very bad with numbers.  I also agree that it is better with the right headset and speaker.  The built in speaker doesn't work nearly as well.  I still use the voice recognition exercises, but I don't allow myself to be so frustrated anymore.  I generally can get 100% on the short phrases anyway, but if I don't, I move on after a couple of tries.