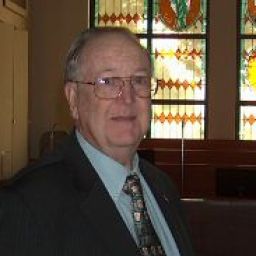 We focus so much on the politeness of German, with please (bitte) and thank you (danke), but how do you say 'you're welcome?' It's not in my dictionary. In Spanish it's de nada.

When I was in Germany, the response to my Danke's was bitte schön or bitte sehr. Literally that is not welcome (willkommen) but that's how they say it.

Thanks Byron. I was watching a movie dubbed in German yesterday and noticed they replied to danke with bitte. I knew it couldn't be Willkommen as in the sentence, 'Willkommen im Hotel Myer'. As always I appreciate your feedback.

I watched the Monuments Men last night and was pleased that I was able to pick up quite a bit of the German. Earlier I watched a movie with Austrian speakers and couldn't understand a word. Anyway, regarding "bitte" that seems to be a very versatile word in German and is used alone or with other words e.g. "hier bitte", "bitte sehr" and "bitte schoen". I think you can use it with a question, "bitte?" if you want someone to repeat something. 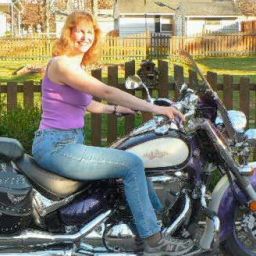 Byron, I too saw Monuments Men last night and was pleasantly surprised at how much German I could pick up, even if there were no subtitles! I also noticed when people spoke to each other with respect they used "Sie" and "Ihnen", but used "du" and "dich" when they were arguing and being disrespectful. Very cool to be able to point out these nuances to my family while we were watching!

Hi Guys, Since you guys are began talking about movies here, can I ask if you are using Netflix and if there are any German language films available there with the ability to choose subtitles? I couldn't find Monuments Men on Netflix and they don't offer a search engine by audio or subtitle (a real shame). Thanks, Jason

I have Comcast and that is where I watched Monuments Men.

I have Verizon FIOS and saw Monuments Men "On Demand". It's not a film in German, but there is quite a lot of German spoken and they sometimes put the English subtitles on the bottom. I do wish that German subtitles were offered for movies and TV, but my son and I have a theory as to why you don't see that ... we think that it's because German-speaking people are so well educated in English that they don't need them. Even when you buy an appliance that has an instruction manual, you see other languages (French, Spanish, etc.,) but rarely German.

On airplanes you get a language choice for movies and German is often one of them, but not with English sub titles which would be really helpful. You're right about instruction manuals. Of course, I get why Spanish is a choice, but I don't know why German wouldn't be as popular as French. Are Germans better versed in English than the French? Perhaps. Of course, all French people pretend not to speak English at least to Americans. Jason insists they are really very nice people, but that hasn't always been my experience. Fortunately, since I go to Canada once or twice a year I can mimic the Canadian accent and speech patterns pretty well. That seems to break the ice with cab drivers and service people and then after they figure out I'm really not that bad of a guy, I can tell them that I'm from Minnesota, almost Canadian.

I can suggest this option now that I have found it... http://www.netflix.com 2 screen hd for $7.99 http://www.unblock-us.com/ for $4.99 (allows you to watch from other countries, which gives you access to certain movies with the same subscription) This web site has 56 German movies with English subtitles. http://instantwatcher.com/genres/221 Seems to be organized by languages. Hope that will be helpful to others. 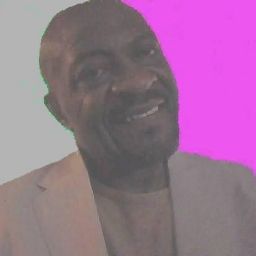 Hey Guys check out this web-page; Just type in this in your internet search. Dict.cc English –German dictionary Give you all meaning/pronunciation of German/English words/meaning And almost all other Languages too. Just register free click on the speaker and listen, also have free lessons games. You can use your headphone and mic. I find it great for German phrases I need when I need a German Service, I also use it to translate Letters I receive that's written in German.

Warning! I hope you guys aren't having the same problem I'm facing now when writing Letters in English. Since all German Nouns are capitalized. I now have a habit of capitalizing all english nouns. I really beginning to think that English will end up being my second language. I bet I made the same mistake while writing this.

Hi Tommy, Thanks for the link. Regarding the "bitte" thing in German that is also used to mean "here you go" or 'here you are". So, if you didn't want it, I think you could just say, "Nein, danke" same as you would say "no thanks" in English. Can't say I have the same problem with English nouns. Maybe, if I got more proficient in German.

Hi Byron Glad you like the link, just told my daughter about it, She's has been working as an apprentice in business administration, I gave her the link because she like studying different languages, she's speaks, German, Spanish and Italian fluently; I been trying to find out how and why her brains works the way it does since she was two; she's now 17. She has an I'Q of 130. Everything is easy for her. I call her my miracle child. Born 1997 Hale Bopp comet year. wonder if it had anything to do with it because I sure don't. lol well maybe! I only gave her educational toys to play with while growing up.