Failure to use subjunctive in Lesson 12.2? 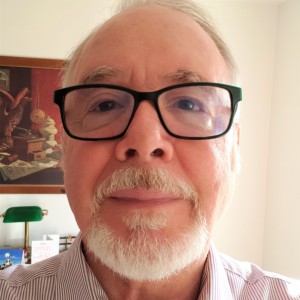 I've become a bit disappointed in the last lesson or two, I have encountered three clear (according to my other references) and repeated grammar errors. Two of them, I have already posted on -- Mas que vs. Mas qué, and Como vs. Cómo. Now a third one regarding use of subjunctive. I very much appreciate this course, but learning becomes much more difficult when I can't have confidence that the examples I'm seeing are correct. Both of the following sentences seem to be clear cases in which subjunctive should be used. I know that subjunctive isn't covered until later, but my previous study has acquainted me with it.  And I have already seen it used in your previous lessons when it was called for. The sentences in 12.2 are:  If subjunctive is not called for here (by reason of the bold phrases), can someone please explain why? I have many examples similar to the second sentence that use subjunctive. While I don't have any specifically for the first (starting with Qué instead of Es), it nevertheless seems to fall under the same rule as the second (i.e., Impersonal Opinion). If not, why not? Please.

A few months back I posted a similar question from the Travelogue course, thinking that the subjunctive should have been used - and I was wrong. The trickiest part of the subjunctive is when it can be used (or not) but the meaning of the phrase changes. While native speakers employ it naturally, I employ it mechanically, meaning I will typically always (and therefore sometimes incorrectly) put it in with: "qué felicidad que", "es bueno que", "aunque", "a pesar de que", etc.

Steven... Thank you for your response.  I'm familiar with the fuzziness on "aunque" and "a pesar de que", but I have not seen any counter examples with sentences starting with "Es bueno que...", and (rightly or wrongly) I put "Qué felicidad que..." in the same bucket.

Maybe Liss (or someone else) can add some insight. As you suggest, perhaps there is some native speaker subtlety that I am not aware of. It would be helpful to see some kind of explanation of how that subtlety applies here.

Tomás: the response I was trying to think of prior was : "¡Qué bueno que...!" which may in some circumstances not take the subjunctive if, for example, it's considered a matter of fact (https://www.spanishdict.com/answers/194398/qu-bueno-que). That's pretty close to your example but, as you say, Liss or someone else needs to weigh in.

Thank you for the link. It also includes a "Qué felicidad" example, and I notice that there is not complete agreement in the discussion. The initial answer suggests that use of subjunctive depends on whether the statement is "speculative."

Even by that criterion, I believe my second sentence above still warrants the subjunctive. This was a case in which Carmen was expressing her opinion of the intent -- and not yet fact (thus speculative) -- that Mario's girlfriend was going to join them on the trip.

As for the first sentence (Qué felicidad), Mario does have a girlfriend, so it's not speculative. But I am not familiar with the speculative consideration in this kind of construction, and I have found a couple of very similar -- and non-speculative -- examples in my grammar references that do specify use of the subjunctive. So...??

One final (final?) update. In searching for more clarification, I found one reference that said in cases using Qué bien que  (and I'm thinking that Qué bueno que would apply as well), the subjunctive would be used in Spain, but the indicative may often be used in Latin America. Perhaps this is also true of Qué felicidad.

The same reference indicates that value judgments (which Es bueno would be) also appear to use indicative more often (57%) in Latin America (especially in Argentina), compared to 36% in Spain. Plus, there was an unclearly expressed distinction between new information (indicative) and already known information (subjunctive), as well as the caveat that spoken language is more likely to use indicative than written language.

Ultimately, there doesn't appear to be a set of rules that would provide a definitive answer, except the advice offered by the author that foreigners are better off using the subjunctive in cases where the "rules" seem to indicate, unless they have a clear understanding of any local exceptions that use the indicative.

My takeaway from all this is that, while use of the indicative in the two cases I cited above may very well be acceptable, or even common usage,  in the geographical area where Mauricio originates, it may not be in some other areas. So the subjunctive (if consistent with "rules") would probably be safer.

As an anecdote... I had a curious lunchroom dispute with a colleague at work about "I wish I were" vs. "I wish I was."  In one of the few situations were English still uses subjunctive (along with "till death do us part"), I have never seen a situation where "I wish I was" is considered grammatically correct (and as a mathematician who loves rules, I have always taken a strong interest in grammar). Of course, "was" is often used by people, but in this case, my colleague insisted that the use of "were"  was actually incorrect, which very much surprised me. This particular grammar rule is not one that I tend to break, but I do break others, of course, especially when I feel that not breaking them would make me sound too stuffy. For one, I gave up long ago on "never using a preposition to end a sentence." Adhering to that rule makes too many English sentences sound very awkward much of the time. But, of course, with Spanish it appears to be a rule that cannot be broken.

When to use the subjunctive and when not to is an extremely tricky matter for Spanish learners! It also becomes trickier still when colloquial speech is thrown into the mix, because native speakers may not necessarily always speak with proper grammar (that "if I were" vs. "if I was" question is an excellent example of that, Tomás71!); however, another complication is the fact that for some phrases, use of the subjunctive is optional, depending on the meaning that you want to get across.

Exclamatory phrases like qué felicidad que arguably fall into the "optional" category, and depend on the situation/the feeling that the speaker wishes to convey. I would agree with the link that Steven-W15 has found on this subject, and I would also agree with Tomás71's reasoning that Qué felicidad que Mario tiene novia can remain in the indicative here because it is a solid fact that Mario has a girlfriend - there is no doubt, it is a reality. That being said, the subjunctive would not sound strange either; it all depends on what nuance the speaker wants to give their sentence.

For the sentence starting with es bueno que, however, the subjunctive should indeed be used. The presence of the verb es might be a good flag to watch out for when you're trying to decide if phrases like these should or shouldn't be followed by the subjunctive: in general, if the es is present and an opinion is being expressed, the following verb should probably be in the subjunctive. The indicative would definitely sound strange to a native speaker. Therefore, you are indeed right, Tomás71:  the sentence Es bueno que la novia de Mario viene con nosotros is incorrect, and should instead be Es bueno que la novia de Mario venga con nosotros. Our sincere apologies for this error, and for causing such confusion! I will pass this on to our Spanish team to fix.

Please do let me know if you have any more questions.