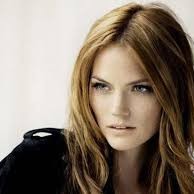 It's mucho here and not mucha because it's actually not referring to historia "history"; instead, it's referring to something unspecific: it simply means "a lot." Since it's not referring to anything in particular, mucho is acting as a kind of neuter form.

I hope that this is helpful! Do let me know if you still have any questions.

Thanks for your question! I think I see where the confusion is coming from. They key is that the Spanish sentence in the lesson isn't actually saying that you hear/listen to a lot of history; instead, it's saying that you hear a lot about history.  The sentence structure is slightly different. I'll break this down, and I will go a little more in-depth into how some of these words are working in each sentence.

In this sentence, the word mucho comes directly before historia, and it means "a lot of." It is acting as an adjective in this sentence, and it is modifying/describing the word historia. Because of that, it has to match historia in gender and number, becoming mucha. We could use your example here and ask the question "A lot of what?" and the answer would be "A lot of history."

In this sentence, we have the word de "of / about" and the definite article (la) between the words mucho and historia. This is because mucho isn't an adjective modifying historia in this sentence - we're not saying "a lot of history" (where "a lot" is describing the word "history"); rather, we're saying "a lot about history." I had initially mistaken mucho for a neuter pronoun in this sentence in my first answer to you; however, looking at the sentence again, mucho is actually working as an adverb (my apologies for my initial error!). It is essentially answering the question "How much do you hear about history?" Adverbs don't change their form to reflect gender or number, because they don't modify nouns like adjectives do.

I hope that this helps to clarify everything! If you still have questions, please don't hesitate to ask!