Listen to the audio version of "Learn Spanish Online"

Spanish is growing steadily: By the year 2050, the US is set to become the largest Spanish-speaking country in the world. It’s currently the second-largest.

Moreover, Spanish is global, drawing not only on Latin, but also on Arabic. And renowned novelists like Isabel Allende and Jorge Luis Borges used Spanish to kick off the famous magical realist movement.

- How long does it take to become fluent in Spanish?

Today, as the official language of 21 countries and territories across Europe and the Americas, Spanish boasts 534 million speakers and is the second most spoken native language in the world after Mandarin. You can be the next speaker. It’s easier than ever to learn Spanish online.

You might be a little nervous about getting started. Although the CIA ranks Spanish in the lowest difficulty category, the ranking still estimates that you will need 600 class hours before you get a good grasp of the Spanish. It ranks alongside Swedish and Dutch.

But don’t let this scare you off! With the right tips, tricks and strategies, you can cut straight to what you really need to know about Spanish. Focus on what’s most important, and you can have conversations about politics, sports and culture in no time.

So what are the right strategies? First, throw out your wrinkled high school textbooks. No more boring worksheets, no more dusty flashcards. Your new language-learning process is going to be fun and dynamic--and it’s much faster than you think. 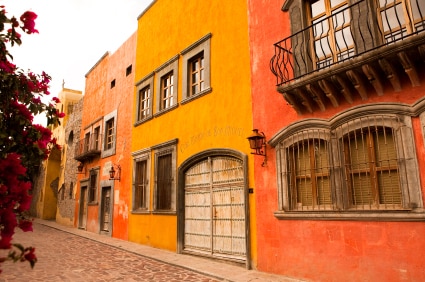 Get started with your Spanish pronunciation

Tackle the pronunciation first--those sounds aren’t as tricky as they look!

The habits that you form at the beginning of your Spanish-learning journey will stick with you to the end. This is a good thing! If you create good habits now, they’ll become second-nature as you reach higher levels. You might be eager to skip ahead to having fluent conversations with native speakers, but take your time at this step. You’ll be glad you did.

That said, don’t pressure yourself to get everything absolutely perfect this time around. Spanish has several sounds that don’t appear in the English language, and it will take a little time (and a lot of listening practice) before you can master them all.

Rocket Record lets you perfect your Spanish pronunciation. Just listen to the native speaker audio and then use the microphone icon to record yourself. Once you’re done, you’ll get a score out of 100 on your pronunciation and can listen to your own audio playback. (Use a headset mic for best results.) Problems? Click here!

Good news: You don't need to sound “perfect” in order to be understood. In fact, having an accent can come in handy. Not only does it signal to native speakers that you’ve taken the time to learn their language (which they often appreciate!) but it also encourages them to be patient with your mistakes. They may even provide handy tips to help you improve.

Now that you have the confidence to speak, ask yourself, which dialect do you want to learn? That’s right, there’s more than one form of Spanish!

The good news? Unlike languages like Arabic, Spanish is relatively standardized across the countries where it’s spoken. If you learn Spanish from Spain instead of Spanish from Mexico, for example, you may stumble over a few minor grammatical differences (vosotros, anyone?) but you’ll be understood.

However, if you’re planning to go to a specific region of the world, you should focus on the dialect spoken in that region. Mastering the subtle differences between Caribbean Spanish spoken on the Canary Islands and Equatoguinean Spanish spoken in Equatorial Guinea will help you become a more confident speaker.

By some counts, there are 10 major Spanish dialects (and countless smaller dialects depending on what region you’re in within a certain country)! Therefore, when practicing your pronunciation, make sure you pick a guide tailored to the dialect you want.

Okay, so once you’ve settled on a dialect, how do you actually get started with your Spanish pronunciation? Speak out loud as much as possible.

Look at an overview of Spanish pronunciation, such as one about consonants or vowels, to find a list of words and sounds to help you practice. Try out the shadowing technique to learn where the stresses fall in each word, even if you don’t understand what you're saying. Compare a recording of yourself with one of a native speaker, or swap the recording with a Tandem partner for advice.

Get familiar with the Spanish alphabet

At first glance, Spanish might look a little intimidating. What’s that squiggly line over the “n” (tilde)? Why does the “h” exist if it’s never pronounced (except on the Canary Islands)? Don’t worry. This alphabet is pretty easy to master.

To practice the alphabet, take a look at this more in-depth lesson on the Spanish alphabet.

The more you practice, the easier it will become!

After that, move on to months and days of the week. This will help you make plans with those new friends you just made.

Then get a little more descriptive. Learn the colors in Spanish. Chat about your hobbies. Describe your house. Practice by looking at your surroundings and putting Spanish words to the things you see every day. If you like working with your hands, go a step further by slapping sticky notes on household objects.

Soon you’ll be able to think directly in Spanish without translating, which is how you know you’re on your way to proficiency!

Start with some useful Spanish vocabulary.

Plug in your headphones or charge up your earbuds. It’s time to learn on the go. The best way? Audio courses and podcasts.

With the Rocket Spanish interactive audio course, you’ll listen to an everyday dialogue between two native speakers. A Spanish teacher will break down each line of the dialogue so that you fully understand what’s happening. You can use what you learned the next time you’re walking through Barcelona.

While you’re at it, check out a few Spanish podcasts. Don’t worry, you don't have to jump straight into a native-level news program. Start with a slower-paced show made for learners. You don’t need to understand every single word right away. That will come in time.

The first time you listen, focus on getting used to the sounds of Spanish. Learn simple things like where one word ends and another begins. See which words you recognize.

The more you listen, the easier comprehension will become. As you pick up more and more Spanish words, start trying to gather meaning from what you hear. Do some words keep popping up again and again? Look them up! Make a list to review. Things will click into place.

Bonus tip: Choose a podcast about something that interests you! Then “studying”--whether it’s in your car or during your morning jog around the block--won’t feel like work. Simply press play.

Check out this sample from Rocket Spanish.

Grammar isn’t just a system of strict rules that determine what is right and what is wrong in a language. Grammar is like a secret key to unlocking a language: At its core, it’s simply a handful of patterns that repeat themselves. The more you practice, the easier you’ll learn the patterns, and the more natural they’ll feel--and therefore, the easier it will be for you to speak.

Because the same patterns repeat themselves over and over, learning just the basics will get you pretty far. So don’t be intimidated by advanced grammar rules. You don’t need to master the imperfect subjunctive, for example, in order to be understood. You can have a complex conversation just by grasping and building on the fundamentals.

Take a peek at Spanish grammar by starting with greetings. Greetings, for example, can change slightly based on formality and time of day. Familiarize yourself with the fascinating differences, which can also teach you about the culture.

Then leaf through a simple grammar overview.

Make effective use of your Spanish study time

Work smarter, not harder. That’s the key to success in every area of your life, especially when it comes to language learning.

To make the most of your Spanish study time, try these hacks:

Go a little more in-depth into these Spanish learning tips.

There’s nothing more frustrating than spending an hour learning vocabulary, only to return to the words a week later and realize you’ve forgotten it all.

To learn effectively, take advantage of the spaced repetition system. This system says that instead of just once, you should review your vocabulary words in intervals based on how well you know each word. Review unfamiliar words more often, and familiar words less often.

If you’re ready to start learning Spanish online, start your Spanish learning journey by exploring the resources available with a Rocket Spanish trial.