Egypt is what most people call the country officially known as the Arab Republic of Egypt. As you can imagine, with such a name, Arabic is the official language, however English and French are widely understood too.

Ninety-five percent of Egypt landmass is desert and the majority of the population lives on only five percent of the territory, along the banks of the stunning Nile River. 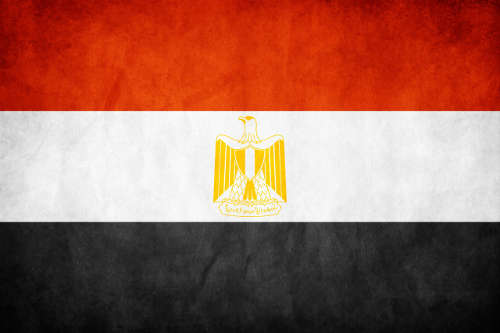 Egypt’s capital is the ancient city of Cairo, nicknamed the city of a thousand minarets for the way its mosques dominate the skyline. In the Arabic language, Cairo is known as Al-Qahirah, meaning “The Victorious”.

With a population of over 20 million, Cairo is the most heavily populated city in Africa, and the 16th most populous metropolitan area in the world. It’s rich with diverse cultures, and influences from the ancient pharaonic, Islamic, and modern Egyptian worlds. The people of Egypt are amazingly welcoming, and helpful with a good sense of humor.

Islamic Cairo is definitely a must see place. You can easily lose yourself in Cairo's mosques; they can fascinate you with their architectural grandeur and vastness.

Or for something a bit more active, you could always take a camel ride around the pyramids at Giza. The Great Pyramid (Khufu), built with about 2 million limestone blocks, is the largest and oldest of all the pyramids in Egypt. It took around 20 years to build at the cost of many many lives, and is recognized as one of the great engineering feats of mankind.

If you’re ever planning to vacation in Egypt, there are four great cities that you can’t leave out of your travel plans: Cairo, Luxor, Aswan and Sinai.

If you make it as far down the Nile as Aswan, make sure you visit the monumental sun temple of Ramses II, which is the most spectacular of the antiquities that were relocated to higher ground on the shores of Lake Nasser. And if you get over to Sinai, take a Safari trip in its desert, then try relaxing on one of its famous beaches; Dahab, Sharm El Sheikh, and Taba.

Plus, don’t forget that any trip to any foreign country isn’t complete without day trips to some of the more secluded towns and cities. In the rural, less cosmopolitan areas, you will be able to get a real feel for its people and culture.

Here are a few recommended Arabic lessons to try next!