How Long Does It Take To Learn German?

Learning a language like German is an amazing process. It's great for your resume, is a fantastic way to meet new people and get to know a new culture, and it even provides many amazing benefits for your brain.

Listen to the audio version of "How Long Does It Take To Learn German?"

- What are the characteristics of the best German learning software?

There's no doubt that learning German is definitely worth it, but the truth is that our busy lives leave little time to learn a language. And let's face it: whether it be for an upcoming skiing trip in Switzerland or a business trip to Berlin, you want to be fluent in German as fast as possible.

If you are still looking for a way to make quick progress, why don't you sign up for a trial of the Rocket German online courses? It's completely free and noncommittal. 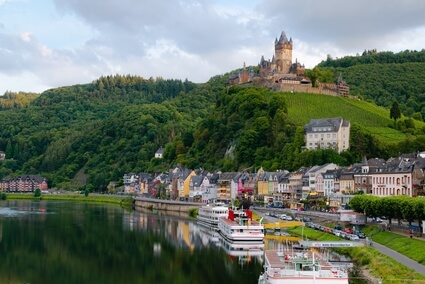 So how long will it take to learn German?

This is usually one of German learner's first questions. Unfortunately, however, there's no easy way to answer it. Learning a language is a complex process that's different for each individual based on several factors. Let's take a look at these different factors and how they impact how fast you learn German:

Do you already speak a foreign language? Were you raised bilingual? If so, you may save yourself some time as you learn German.

If you're not bilingual or multilingual, however, don't worry: even those German Christmas carols and Dora the Explorer episodes with your children are helpful.

One of the first steps to learning German is learning a little bit about what makes up the language and the unique linguistic of it. If you already have experience studying foreign grammar, memorizing vocabulary, listening to different sounds and looking at different letters, your mind knows what to expect when faced with a new language. There aren't as many surprises and language learning becomes easier and faster.

2. The German Language Itself

German may looks "Greek" to you, but many languages are actually more similar than they are different. Learning a language that is similar to your native language can save you time when learning the alphabet, pronunciation, grammar, and vocabulary.

As a general rule, languages that have similar roots are easier and take less time to learn. For those of you whose native language is English, you're in luck.

Believe it or not, English speakers already know some German words even before they start studying it. Almost all European languages share many words with English thanks to their shared roots, history, and evolution. These words, known as cognates, make learning German much easier for people who speak a language with similar roots like English.

The words "Emotion," "modern," and "Restaurant," for example, have the exact same meaning as their English equivalents. They're just pronounced a little differently, of course. These cognates are your friends and can make your language learning much easier and faster.

Here's a handy list of German words that you already know thanks to cognates.

How you learn German also plays an important role in how fast you learn. If your language learning is limited to a classroom setting, then it will probably take you a little longer to learn.

However, if you're also exposed to German outside of classes, then you can cut down the time needed to learn it. Reading, listening to the radio or eBooks, writing, speaking, watching movies, and travelling to a German-speaking country can all help to speed up your learning process.

4. The Time You Dedicate to Learning

How long it takes you to learn German also depends on how much time you plan to dedicate to learning it. This could be daily, weekly, or monthly.

Learners who are willing to dedicate an hour a day to language learning--whether that be by studying grammar, memorizing vocabulary, watching a movie, or reading a book--learn significantly faster than those who just attend a weekly class.

That's why online programs like Rocket Languages work so well for many language learners: they encourage frequent study and are easy to access on a daily basis. That's also why full immersion is, by far, the fastest way to learn a language.

5. Your Attitude and Motivation

You attitude and motivation also play a big role in how fast you learn German. You'll be more open to learning if you approach it with a positive attitude and see it as a fun and fascinating opportunity to broaden your horizons (and sound like a native when you order a beer). Then, you'll be more motivated to study and learn as much as possible.

Remind yourself why you want to learn German, how it will improve your life, and everything good that can come from learning it. This can help you to stay motivated and, therefore, speed up the time necessary to learn it. 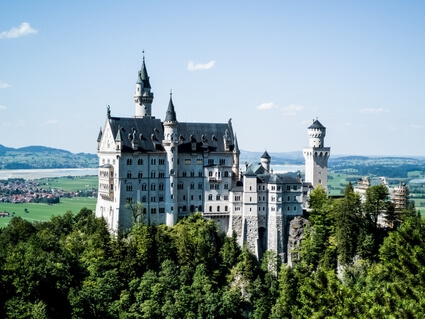 Getting Down to Business: a Timeline

The complex interaction between all of these factors determines how long it takes you to learn German.

But you don't just want to know what affects your learning, do you? You want a timeline. You want numbers. You want to know just how long it will take you to learn German.

Luckily for you, there are several studies that tell us just that.

But first, a disclaimer: In many of these studies, language proficiency or fluency is the bar set to determine whether or not the language has been "learned." As you may know (and speaking from our personal experience), you don't necessarily need to be fluent to be able to speak a foreign language and to be comfortable interacting in that language. A low intermediate level can get you pretty far in the language world.

Keeping this in mind, it's important to take these studies with a grain of salt. Remember that you can and will be able to interact in German long before you're fluent.

Realistic estimates in the field of linguistics look at number of hours you really need to learn a language like German. The Common European Framework for Reference for Languages, for example, uses the "Guided Learning Hours" framework to measure the amount of classroom time total needed to reach a B2 (high intermediate) level. It assumes that for every one hour of classroom time, learners will spend two hours of independent study time. In the end, this equates to a total of between 1,000 and 1,200 hours.

Scenario and the time needed to have an intermediate level of German:

1. One 3-hour German course per week for 8 weeks, plus a weekly homework assignment (1 hour), plus independent practice of any type (2 hours).

Approximately 3 years to achieve an intermediate level of German.

Approximately 3 months to have an intermediate level of German.

This calculation neglects so many factors, however, and still is an overestimate of how long it could take you to learn German.

That's where the next, more realistic study comes in.

In their study, the Foreign Service Institute studied a group of native English speakers between the ages of 30 and 40 who were studying foreign languages at their institute. They measured the students' resulting levels using the Interagency Language Roundtable Scale. The goal was to calculate how long it took students to reach "general professional proficiency" (an upper intermediate level) or higher.

According to the FSI, the closer a language is to your native language, the faster you will learn that language. They divided their findings into five basic language groups based on the languages' similarity to English, which determined how long it took learners to reach general professional proficiency or higher.

Fortunately for German learners, this language can be found in the second language group:

The FSI classifies German as a language similar to English. Getting to an upper intermediate fluency level, therefore, requires 30 weeks (750 hours) of training.

Obviously, this is a much more comforting estimate, especially when compared to languages in Group V (like Chinese, Japanese and Arabic) that took students up to 88 weeks to learn.

However, it's important to note the conditions of the study. The students' schedule called for 25 hours of class per week plus 3 hours of daily independent study. In addition, their classes were generally small, with no more than 6 students. In other words, these were almost ideal language-learning conditions, something that is important to keep in mind, since many of us don't have these conditions.

You can use this study to help you estimate how many hours it will take you to learn German. Then, you can calculate how many weeks--or months, or years--based on how much time you wish to dedicate per week.

Keep in mind, however, that the quality of your study is more important than the quantity. Immersion experiences and daily practice can significantly speed up your learning.

You can also take advantage of these 10 excellent German hacks to help you cut down the time it takes for you to learn German.

Don't be discouraged. You can and will learn German faster than you expect. There are even cases (as the internet will surely tell you) of people who learn it in less than three months!

Now that you know how much time it takes to learn German and which factors can help you achieve your goals faster, it’s also important to keep in mind that language learning is synonymous with practice. That means that reaching a certain level doesn’t guarantee that you will keep it for the rest of your life.

Taking care of your German is like taking care of a pet: you have to feed it, cuddle it, and take it out for a walk every once in a while.

In the end, YOU decide how quickly you become fluent in a language and how good your skills are. With the right attitude, dedication, and motivation, any language is within your reach.