In English, when talking to people about ourselves, or when we talk about people in general, we use short words like “I”, “you”, “we”, and “they”. These words are called pronouns . German pronouns are the same, with a few twists!

There are two ways of saying “you” in English, but there are four ways of saying it in German! The rules are pretty straight forward, so just relax. We’ll take you through these principles step by step. 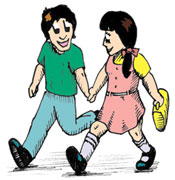 How to pronounce German Pronouns

Rocket Record lets you perfect your German pronunciation. Just listen to the native speaker audio and then use the microphone icon to record yourself. Once you’re done, you’ll get a score out of 100 on your pronunciation and can listen to your own audio playback. (Use a headset mic for best results.) Problems? Click here!

you ( casual to one person)

you (formal to one person)

More than one (plural)

you (casual to a group)

you (formal to a group)

You will notice that pronouns in the singular and plural forms (as described above) both have a “you”, (“du” and “Sie” in German). Back in the days of Shakespeare, people used the words “thou” and “thee” to address their friends or loved ones (royals were addressed with the more formal “you” and “ye”). These polite forms of “you” have fallen out of use in modern-day English, but German has maintained a distinction between familiar and polite forms of “you” which are used in the following ways:

The “sie” form of “you” is used in a global way when you are addressing several other people, not including yourself. “Sie “ also means “she”

The “Sie” form of “you” is also used when you wish to be polite or show respect to an individual or a group. You might use it with strangers, the elderly, teachers, or authority figures. In German, addressing someone with “Sie” always creates a respectful distance which can be very useful to emphasize a point. “Sie” is spelled with a capital “S” when used in a formal way.

The “du” form of “you” is used to speak to children, friends, family members, or loved ones in a casual, relaxed and familiar way

The “ihr” form of “you” is used when you are addressing several other people, not including yourself in a casual way, like “you guys”.

If you are in doubt, just use the polite form “Sie”. A relationship often begins with the more formal “Sie” and progresses to the more casual “du”.

Addressing people in a global or collective sense = sie

Addressing individuals or groups in a formal respectful way = Sie

Addressing someone in a casual sense = du

Addressing a group in a casual way = ihr 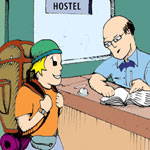 Do you have a room available? ( formal) 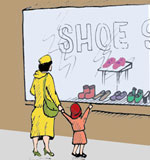 They are in town. (collective sense)

They want to buy shoes for Marie. (collective sense) 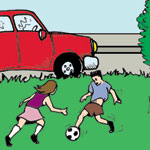 You can play outside. (casual)

You are not allowed to play on the road. (casual)

You are cheating ! (casual) 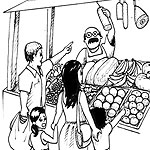 Give me a piece of the salami, please. (formal)

Do you have ripe bananas? (formal)